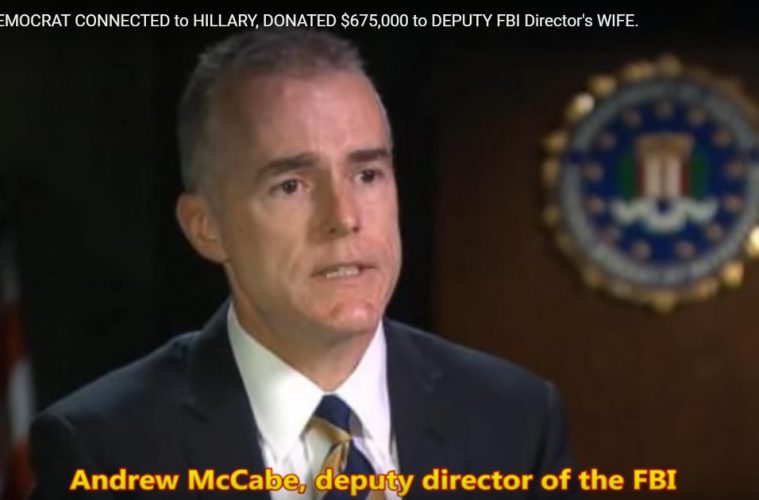 FBI Deputy Director Andrew McCabe, appointed by President Trump on Feb. 1, could soon be out of a job if allegations are proven true. Besides his wife’s connection to the Hillary Clinton campaign, McCabe failed to list his wife’s income on his disclosure form.

A top FBI official who came under scrutiny last year over his wife’s campaign contributions from a Hillary Clinton ally did not list those 2015 donations or his wife’s salary in financial disclosure forms, according to records reviewed by Fox News.

The records, obtained through a Freedom of Information Act request, show FBI Deputy Director Andrew McCabe left the box blank for wife Dr. Jill McCabe’s salary, as a doctor with Commonwealth Emergency Physicians. And there is no documentation of the hundreds of thousands of campaign funds she received in her unsuccessful 2015 Virginia state Senate race.

As first reported by The Wall Street Journal, Clinton confidant and Virginia Gov. Terry McAuliffe urged McCabe’s wife to run for statewide office shortly after news reports were published that Hillary Clinton used a private email server and address for all her government business while serving as secretary of State.

For the reporting period of October through November 2015, McCabe’s campaign filings show she received $467,500 from Common Good VA, a political action committee controlled by McAuliffe, as well as an additional $292,500 from a second Democratic PAC.