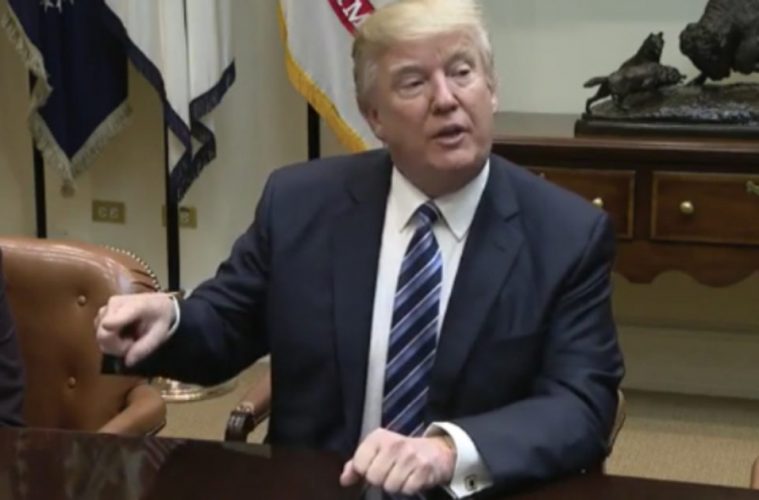 President Trump Tells the GOP, Best to “Wait a Year” and Let Obamacare Kill Itself

Wow. This is an interesting turn of events and one wonders how the GOP might respond, to this dose of reality from the President. After taking part in a listening session about healthcare in America today, the President came to the conclusion that maybe, just maybe, the best thing for the GOP to do is… wait. The President then made it clear that while waiting is probably the smartest thing to do politically, it’s not what is best for the American people and so he expects the GOP to fix our healthcare issues now.

First of all, it covers very few people. And it’s imploding. And ’17 will be the worst year. And I said it once, I’ll say it again. Because Obama’s gone — you know, he — things are going to be very bad this year for the people with Obamacare. They’re gonna have tremendous increases. And the Republicans, frankly, are putting themselves in a very bad position — I tell this to Tom Price all the time — by repealing Obamacare. Because people aren’t going to see the truly devastating effects of Obamacare. They’re not gonna see the devastation in ’17 and ’18 and ’19. It’ll be gone by then. It’ll — whether we do it or not, it’ll be imploded off the map.

So, the press is making it look so wonderful so that if we end it, everyone’s going to say, “Oh, remember how great Obamacare used to be? Remember how wonderful it used to be? It was so great.”