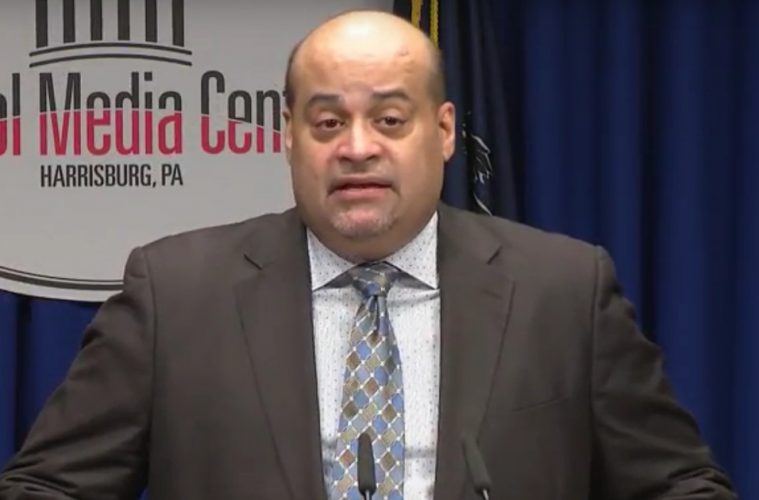 Why is it that Democrats are against every effort to require a legal photo ID for voting yet they are all for requiring a legal photo ID and other requirements in order to own a firearm for self-defense? They claim that requiring a photo ID for voting is a form of discrimination against many poorer people and minorities. Their argument rests on the inability for these people to obtain a legal photo ID in order to exercise their constitutional right to vote. Yet requiring the same for anyone wishing to exercise their Second Amendment right own a firearm is not a form of discrimination.

This should be one of many arguments made by conservatives and loyal patriotic Americans when addressing a new bill that has been introduced into the Pennsylvania House.

By gun ownership, the bill means EVERY gun owner in the entire state. It would require the proper registration for ownership, possession (even if temporary), transfer, offer for sale, sale, gifting, delivering or accepting possession of any firearm. That means if Grandpa, who served his nation faithfully in the military has an old hunting rifle or shotgun, he would be required to register the gun and obtain the photo ID. If grandpa wanted to pass the gun down to his son or grandson, the son or grandson would also be required to obtain the photo ID and be registered. If a father wanted to purchase a hunting rifle or shotgun for his son, both of them would be required to register and obtain the legal photo ID.

Notice the last bullet point requiring all gun to be unloaded and disabled if not in immediate possession of the owner. This means that no one would be allowed to keep a gun in the house to use for self-defense. Not only will all guns have to be unloaded, but they will also have to be either broken down or contain some kind of trigger locking device that would make it impossible to fire.

There have been many reports of law abiding home owners who have used their guns to fend off home intruders. I wonder if Rep. Cruz would be willing to accept responsibility or liability for anyone harmed in their own home because they were unable to use their gun to protect themselves? Will Cruz be available to meet with victims or victim’s family to explain why he pushed a law that forbid them from being able to protect themselves in their own homes?

History is rife with cases in other nations where total gun registration was the last step before total gun confiscation. Nazi Germany is a classic example used by many.

When guns were banned in Australia, many violent crimes skyrocketed because criminals knew that people no longer had a means of self-defense. That didn’t stop the criminals from obtaining their guns and using them on helpless citizens.

All they care about is pushing their own dangerous socialistic agenda on the American people and stripping them of as many of their constitutional rights as possible. People like Cruz have no business being a political leader and hopefully his efforts to place every citizen in Pennsylvania in danger will cost him dearly in any future elections.