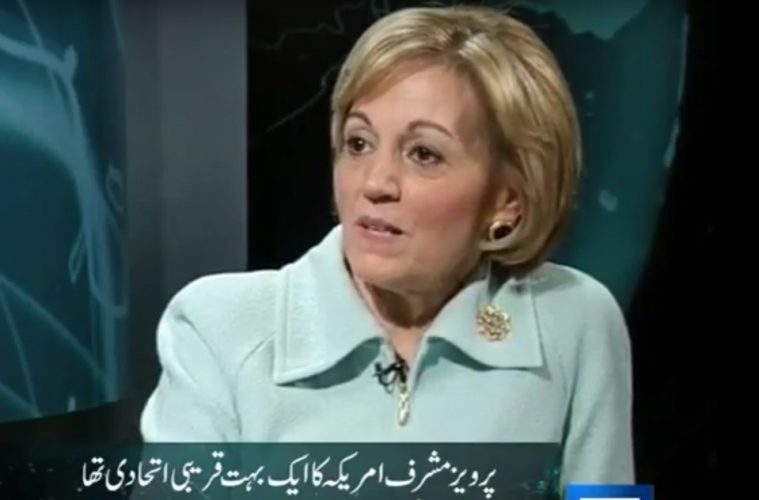 Defense Secretary Gen. James Mattis has made it known that he wants to select Anne Patterson to be the Undersecretary of Defense for Policy, the fourth highest position in the Defense Department. President Donald Trump has made it known that he does not support the selection of Patterson for this position due to affinity for the Muslim Brotherhood.

In 2011, Obama supported and backed the overthrow of Egyptian President Hosni Mubarak. With full support of the Obama administration, the Muslim Brotherhood became the political power in Egypt and placed Mohamed Morsi in the presidency.

For two years, the Muslim Brotherhood ruled Egypt with an iron Islamic hand. Morsi’s policy for the Egyptian people was that any that are not Muslim had three options: convert to Islam, flee the country or pay an outrageous tax. However, his government quickly unleashed a reign of terror against Egypt’s Coptic Christians, which made up about 10% of the nation’s population.

Egypt’s Muslim Brotherhood was so vicious and violent that a revolt took place, driving them from power. In September 2013, Egyptian courts banned the Muslim Brotherhood from being politically active in the country. By the end of that year, the Egyptian courts officially declared that the Muslim Brotherhood to a terrorist organization. In 2013, an Egyptian newspaper ran a headline declaring that US President Barack Obama was a member of the Muslim Brotherhood. It was also reported that Egyptian lawyers had filed charges of criminal terrorism and crimes against humanity against Obama. Also in 2013, Naglaa Mahmoud, wife of Morsi, admitted her role in the atrocities and then stated that her actions were in collaboration with US Secretary of State Hillary Clinton. In her interview, she stated:

“I have between my fingers, a treasure trove of secrets from the White House and Mrs. Clinton fears my wrath. I will not speak about Huma Abedin. When my husband returns from his kidnapping, the one who led the coup will pay a hefty price.”

Of Mrs. Clinton, she said:

“We have a long friendship of many years. We lived in the U.S. and my children learned there. This friendship increased further when my husband became the legitimate president of the country.”

Patterson served as the US Ambassador to Egypt during the two-year reign of terror of the Egyptian Brotherhood and she did not speak out against them. This was also the time when Congress had frozen all money earmarked for Egypt and they blocked the sale of fighter jets to the Muslim Brotherhood led nation, but Obama bypassed congress and freed up millions of dollars and allowed the sale of the fighter jets to take place.

Since that time, with the help of Barack Obama, the Muslim Brotherhood brought its political aspirations to the United States. They have a 5-step plan to dominate the US and the world and according to one source, they are already at step 3.

At one time, the FBI considered the Muslim Brotherhood to be a terrorist organization. Sources indicate that President Trump is ready to make the designation official. This is largely why Trump is opposed to the appointment of Anne Patterson to the esteemed position in the Defense Department and frankly, he’s right. It also makes one wonder why Mattis would even consider her for such a position as he, with all of his experience should know better than to select someone who is supportive of a known Islamic terrorist organization.