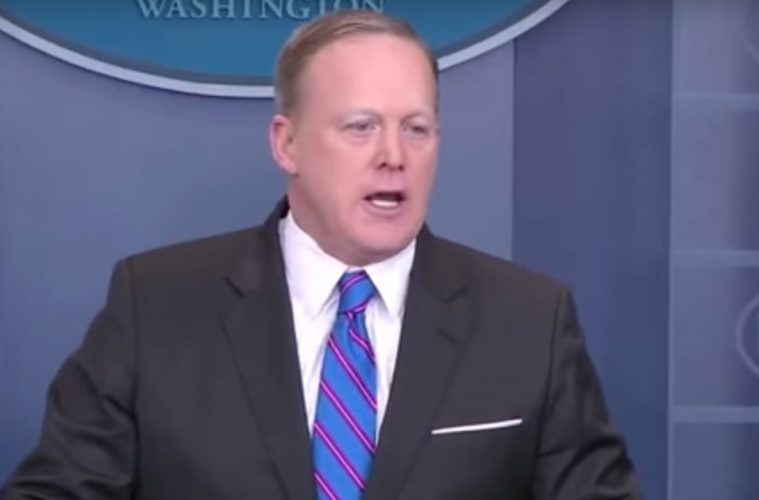 White House: Trump Not Target of Any Investigation

The Democrats would like nothing better than to bring down the presidency of Donald Trump. Some believe they would stop at nothing to accomplish this goal. Even Trump suggested that he might be or was, the target of an investigation by Barack Obama, but White House spokesman Sean Spicer says Trump is not the target of any investigation.

White House officials declared on Wednesday that President Trump was not the target of an investigation, five days after Mr. Trump himself raised the prospect with an unsubstantiated claim that his predecessor ordered the wiretapping of Trump Tower.

After first refusing to disavow Mr. Trump’s allegations, made in a series of Twitter posts, and instead calling for Congress to investigate them, the press secretary, Sean Spicer, told reporters, “There is no reason that we have to think the president is the target of any investigation whatsoever.”

Mr. Spicer’s statement, which he read from a sheet of paper that was handed to him at the end of his briefing, reinforced the conundrum Mr. Trump’s tweets have created for the White House: Either the president’s assertions are baseless, or he may have implicated himself in a government investigation of contacts between his presidential campaign and Russia.

Until Wednesday, Mr. Spicer had steadfastly declined to discuss Mr. Trump’s assertion that former President Barack Obama ordered wiretap surveillance of Trump Tower — an act that Mr. Trump condemned as a scandal comparable in scale to McCarthyism or Watergate.