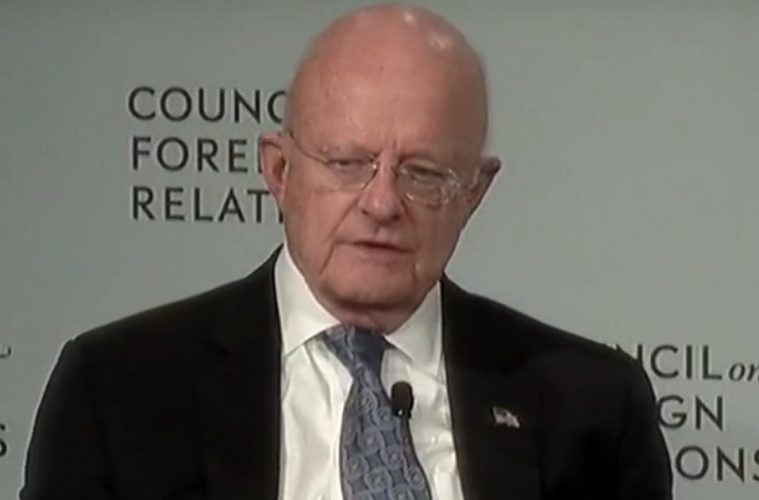 Some Republicans have suggested that all of the hype and hooplah over a supposed Russia and Trump campaign conspiracy was nothing more than a smoke screen by Democrats to draw attention away from Obama’s wiretapping of Trump Tower. Former intelligence czar James Clapper has admitted that he saw no evidence to support the Democrats’ claims of the Russia – Trump campaign conspiracy, adding fuel to the smokescreen idea.

Former Director of National Intelligence James Clapper told ABC News he did not see anything to suggest that Russia successfully infiltrated Donald Trump’s presidential campaign or recruited any of Trump’s advisers — at least as of Jan. 20, when Clapper left office.

“There was no evidence whatsoever, at the time, of collusion between the Trump campaign and the Russians,” Clapper, a retired three-star general and career intelligence officer, told ABC News’ Brian Ross in an interview Monday for “World News Tonight.”

The Clapper comments came amid a fight between the Trump administration and the FBI over the wiretapping claim the president made in a series of early morning tweets Saturday from his getaway in Palm Beach, Florida, accusing President Obama of wiretapping Trump Tower in New York during the 2016 campaign. Trump compared it to the Watergate scandal, without providing any explanation why he believes the eavesdropping occurred.

Clapper said in the interview, “There was no wiretap against Trump Tower during the campaign conducted by any part of the national intelligence community.”