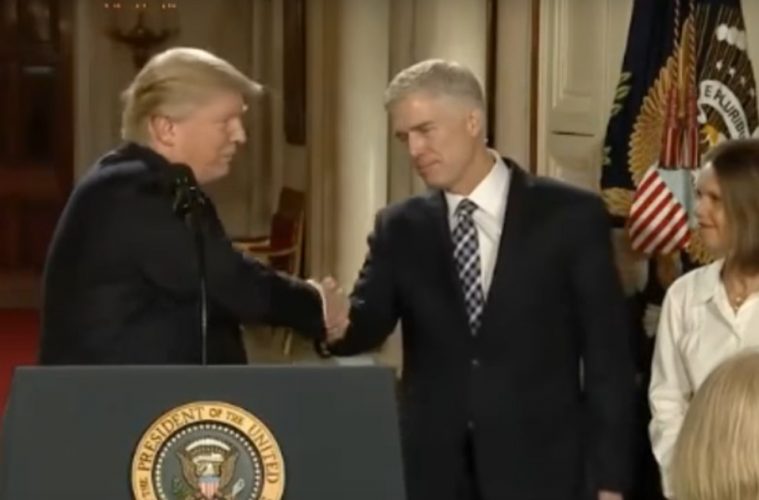 SCOTUS Nominee Gorsuch Could have Impact on Medical Industry

In 1986, then President Ronald Reagan nominated a member of the US Court of Appeals for the District of Columbia Circuit to fill the Supreme Court seat of Justice William Rehnquist. The nominee was 50-year-old Antonin Scalia, who was known as a strong conservative. He was also said to be an originalist and textualist, meaning that he strongly adhered to the US Constitution and the meaning intended by the Framers who wrote our founding document.

Scalia served on the high court for nearly thirty years. During that time, he was considered to be the champion of conservative jurisprudence. He fought for the America our Founding Fathers established. He didn’t try to make it into anything different like so many liberal judges are trying to do these days.

When Scalia died suddenly, it was a shock to the conservative half of America. He was the counterbalance of the ultra-liberal rulings of Justice Ruth Bader Ginsburg, who many had hoped would leave the high court long before Scalia.

After placing two more ultra-liberals on the Supreme Court, Barack Obama was ready to do so again. However, knowing that he would never get the Republican controlled Senate to confirm another ultra-liberal, he tried to nominate someone he felt was more of a moderate – Judge Merrick Garland of the US Court of Appeals for the District of Columbia Circuit. As we all know, the GOP Senate refused to hold confirmation hearings on Garland or any nominee until after the election.

Now, the responsibility of replacing Scalia on the high bench has fallen on President Donald Trump who appointed 49-year-old Judge Neil Gorsuch. In 2006, then President George W. Bush appointed Gorsuch to the US Court of Appeals for the Tenth Circuit, located in Denver, Colorado.