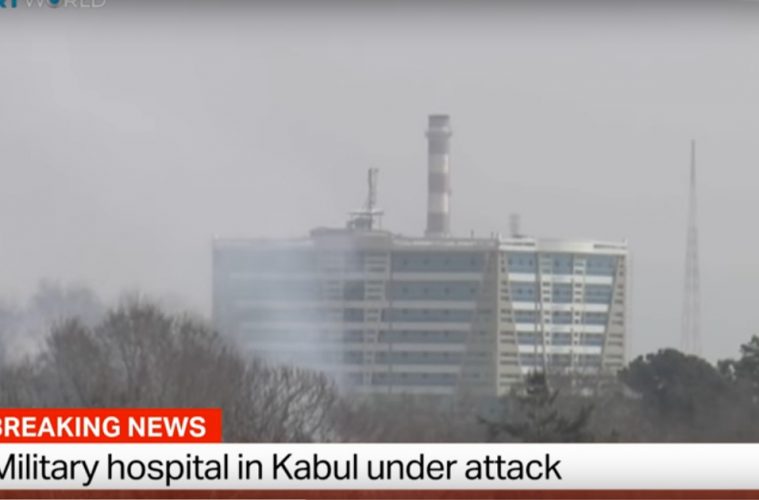 Dozens Killed in Attack On Hospital

ISIS has claimed responsibility for carrying out an attack on a military hospital in Kabul, Afghanistan. Reports are still coming in, but the death toll ranges from 20 to 40 and possibly more.

Gunmen stormed the main military hospital in Kabul on Wednesday after a suicide bombing at one of its gates, and fighting was underway, Afghan officials said.

Major Gen. Dawlat Waziri, a spokesman for the Ministry of Defense, said a suicide bomber on foot had detonated his explosives at the gates of Sardar Mohammad Daud Khan Hospital near Kabul’s diplomatic district, after which other attackers entered the building. The attackers were wearing medical uniforms, General Waziri said.

The exact number of how many people had been killed or injured was not clear. One Western official said that at least 20 were killed and 35 were wounded. A spokesman for the Afghan Health Ministry, Ismail Kawoosi, said that so far, three bodies and 66 wounded people had been taken to nearby civilian hospitals.

Zahir Ziya, a doctor at the hospital, said he feared that the casualties would be high, with Afghan soldiers accounting for most of them. As the war has escalated and the Afghan security forces have suffered record casualties, the hospital is busy on any given day. It is the main care center for wounded Afghan army soldiers, and the bodies of those who are killed are brought there daily.