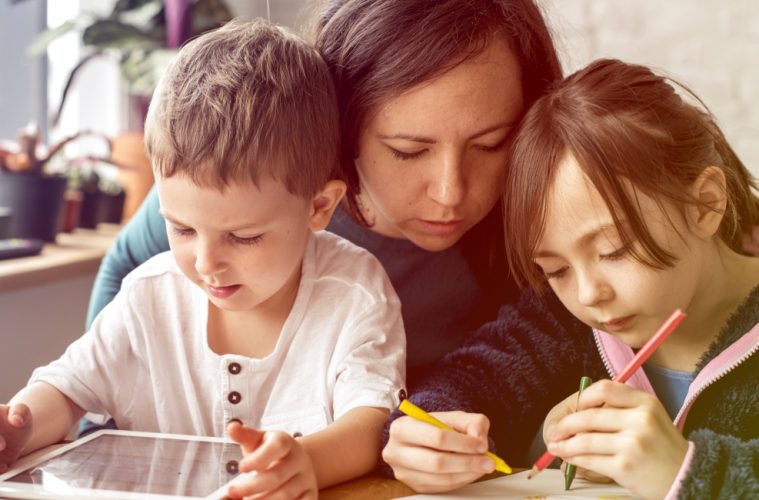 Homeschooling Exploding in Popularity Thanks to Liberal Public Schools

Nearly a century ago, liberal progressives set a plan in motion to slowly convert America into a socialist nation. They knew that it required a complete change in the foundational views of Americans. They needed to eliminate the prevailing Christian influence and the strong traditional family structure. Interestingly, they figured it would take about 100 years to make the necessary changes in the American people and the best was to accomplish that was through public schools.

Consider the fact that in many American homes, kids spend more time at school than they do with their parents and churches. Impressionable kids spend 6-8 hours a day, 5 days a week, 9 months a year for 13 years (including kindergarten) being indoctrinated by the liberal progressives.

Many textbooks, especially history texts, have been rewritten by liberal progressives in such a way as totally distort America’s real history. America’s Christian foundation has been replaced with secular and even Islamic tales of heroes that never existed until recently. Schools have brought in liberal organizations like Planned Parenthood to help undermine parental authority. Under the Islamic push of America’s first Muslim president, some schools are even bringing in Islamic organizations like CAIR to help indoctrinate kids into believing Islam is okay. Gay activists also operate in many schools which is why homosexuality and transgenderism have become so acceptable by so many younger people.

However, not all is lost. There is some hope for the future as a growing number of kids are being taken out of the liberal progressive public school system and placed in private and charter schools or are being homeschooled.

In fact, the enrollment rate for homeschooling is growing larger than any other form of education, including public schools, according to a recent report:

“The popularity of homeschooling is exploding across the United States, far outpacing enrollment growth in public schools and other educational options.”

“The National Home Education Research Institute contends homeschooling is the fastest growing form of education in America, with an estimated 2.3 million students now learning at home,  according to the organization’s website.”

“KTHV recently documented the exponential growth of homeschooling in Arkansas:”

‘According to the State Department of Education, during the 1995-1996 school year, there were 5,755 students enrolled in home schooling. 10 years ago, that number more than doubled, with 13,814 students home-schooled. 20 years later, it has nearly quadrupled, with 19,229 students being home-schooled last school year’.”

“Cindy Hogue, director of the state’s Office of Educational Options, told the news site the growing popularity of homeschooling shouldn’t come as a surprise…”

“Hogue pointed out that public school enrollment is increasing by about 1 percent per year, compared to homeschooling at about 7 percent growth annually.”

“The freedom to tailor education to individual student needs is driving the trend, she said, a reality that appeals to folks for a variety of reasons.”

Much to the embarrassment of liberals who claim that homeschooling is a phenomenon of white conservative Christians, the report indicates otherwise:

“Research highlighted on the NHERI website shows “a demographically wide variety of people homeschool – these are atheists, Christians, and Mormons; conservatives, libertarians, and liberals; low-, middle-, and high-income families; black, Hispanic, and white; parents with Ph.D.s, GEDs, and no high-school diplomas.”

“‘One study shows that 32 percent of homeschool students are Black, Asian, Hispanic, and’ other non-white races.”

Typically, homeschoolers test better than students from public schools, much to the chagrin of liberals:

“Homeschool students also typically score 15 to 30 percent higher than public school students on achievement tests, as well as above average on SAT and ACT tests, regardless of their parents’ formal education or household income, according to the site.”

When Betsy DeVos was undergoing her grueling Senate confirmation for Secretary of Education, liberals grilled her about her support of alternative forms of education. They feared it would cost public schools millions of dollars. What they refused to admit is that homeschooling is saving American taxpayers about $27 BILLION A YEAR.

No matter how you look at it, homeschooling for the most part, is a huge win-win form of education. Kids are not indoctrinated by liberal progressives and socialists, they learn more and test higher and save taxpayers billions of dollars.