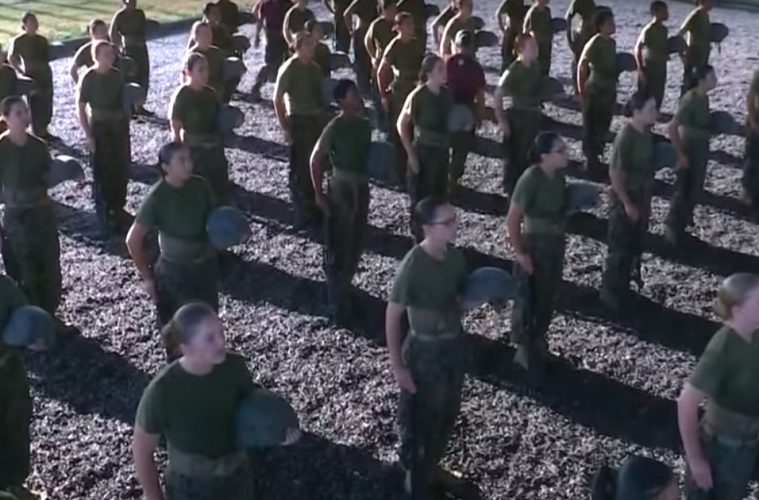 The US Marine Corps has long advertised for recruits using the slogan ‘The Few, The Proud.’ However, as news of a scandal that is sweeping through the Marine Corps, the slogan may need to be changed to ‘The Many, The Embarrassed’.

The U.S. Marine Corps is investigating allegations an unspecified number of military personnel and veterans allegedly distributed nude photos of female colleagues and other women as part of a perverse social media network that promotes sexual violence.
The explosive revelation was first reported by  The War Horse and published Saturday via Reveal, part of the Center for Investigative Reporting. Potentially hundreds of Marines may be caught up in the scandal, which has shaken top Pentagon officials and prompted death threats against the Marine veteran who disclosed it. An undetermined number of nude photos were shared online by way of a Facebook group titled Marines United, according to the report. The community has nearly 30,000 members, mostly comprising active-duty U.S. Marines, Marine Corps veterans and British Royal Marines.

The unseemly episode is deeply embarrassing for the Marine Corps and the Defense Department, proud institutions that, like many college campuses around the country, have struggled to curtail widespread problems with sexual assault. At the same time, it exposes an unsettling rift within a segment of American society consistently regarded as reputable, honorable and trustworthy.