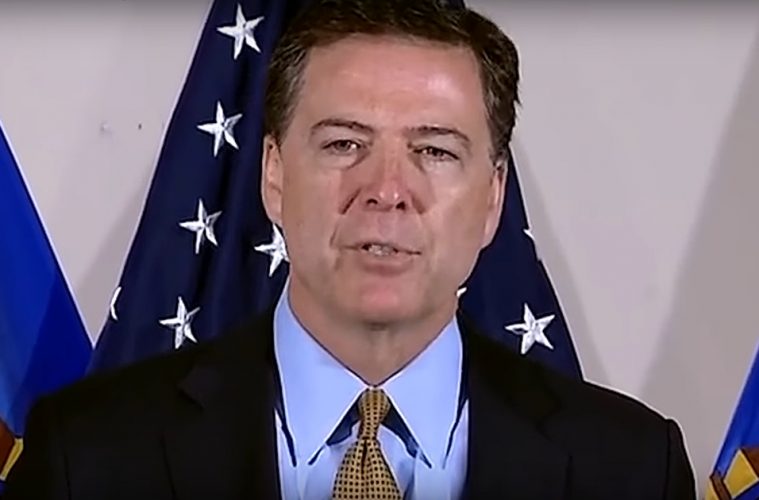 Even though FBI Director James Comey is supposed to be a Republican, he was appointed to the position by Barack Obama and for the most part seemed quite loyal to his Democrat boss. Now Comey has advised the Department of Justice to dismiss or reject President Trump’s accusation that Obama wiretapped Trump Tower and the Trump campaign.

The F.B.I. director, James B. Comey, asked the Justice Department this weekend to publicly reject President Trump’s assertion that President Barack Obama ordered the tapping of Mr. Trump’s phones, senior American officials said on Sunday. Mr. Comey has argued that the highly charged claim is false and must be corrected, they said, but the department has not released any such statement.

Mr. Comey, who made the request on Saturday after Mr. Trump leveled his allegation on Twitter, has been working to get the Justice Department to knock down the claim because it falsely insinuates that the F.B.I. broke the law, the officials said.

Mr. Comey’s request is a remarkable rebuke of a sitting president, putting the nation’s top law enforcement official in the position of questioning Mr. Trump’s truthfulness. The confrontation between the two is the most serious consequence of Mr. Trump’s weekend Twitter outburst, and it underscores the dangers of what the president and his aides have unleashed by accusing the former president of a conspiracy to undermine Mr. Trump’s young administration.