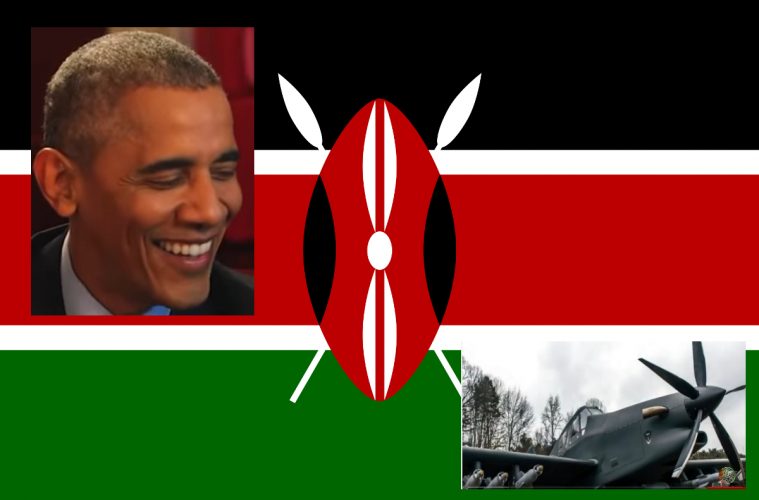 Despite some evidence to the contrary, Barack Hussein Obama denies that he was born in Kenya, yet his administration continues to pour millions of dollars into his father’s homeland.

According to the US Trade & Aid Monitor, the Obama administration launched a 5 year program in 2012, to pursue ways to expand the livestock economic opportunities in Kenya along with possibly locating vendors for other business opportunities.

One of those programs was known as the Resilience and Economic Growth in the Arid Lands – Accelerated Growth (REGAL-AG). The US Agency for International Development (USAID) hired contractors to work with locals to improve livestock production at an un-specified cost to US tax payers.

A second project was the Kenya Agricultural Value Chain Enterprises (KAVES), which was another USAID project which solicited contracts for work performed in Kenya, again at un-specified costs to the US taxpayers.

The US Navy planned to spend up to $50 million on construction projects at Camp Simba, Kenya and Camp Lemonnier in Djibouti.

In a statement released by the agency, they said that,

There were a variety of programs being paid for with nearly $0.5 billion US tax dollars. The programs covered such areas as, population and HIV/AIDS, health, education, youth, government, economic growth, managing natural resources and numerous other assistance programs.

In 2015, Obama promised the people of Kenya millions of dollars in aid to help people start up new small businesses. Some of the money was coming from corporate donors and some of it is in the form of US government grants paid for by you and me.

Speaking at the Global Entrepreneurship Summit in Kenya, Obama said:

“You can get a start-up moving at the speed of how fast you can text.”

“Africa is on the move. Young people ready to start something on their own: that’s entrepreneurship. It’s the spark of prosperity. It helps citizens stand up for their rights and push back against corruption.”

“You don’t have to look a certain way or have a certain last name to have an idea.”

Then Obama got involved in Kenyan politics. He tried to push the nation to embrace gay rights and then he spent US taxpayer dollars to pay for Kenya’s voter ID program. Ironically, at the same time, Obama adamantly fought against voter ID laws here in America at the same time he was using our money to pay for voter ID in his homeland.

Obama’s affinity for Kenya continued up to his last day in office, which has led one US congressman to call for a probe into possible cronyism in the awarding of a military contract.

According to Fox News:

“A North Carolina congressman is calling for a probe into a potential $418 million contract between Kenya and a major U.S. defense contractor announced on President Obama’s last day in office — a deal the lawmaker claims reeks of cronyism.”

“Republican Rep. Ted Budd wants the Government Accountability Office to investigate a deal between the African nation and New York-based L3 Technologies for the sale of 12 weaponized border patrol planes. He said he wants to know why a veteran-owned small company in North Carolina – which specializes in making such planes – was not considered as the manufacturer.”

“IOMAX USA Inc., based in Mooresville and founded by a U.S. Army veteran, offered to build Kenya the weaponized planes for roughly $281 million – far cheaper than what its competitor, L3, is selling them for.”

“‘Something smells wrong here,’ Budd told Fox News. ‘The U.S. Air Force bypassed IOMAX, which has 50 of these planes already in service in the Middle East’.”

“‘They were given a raw deal,’ Budd said of Kenya, which had requested from the U.S. 12 weaponized planes in its fight against terrorist group Al-Shabaab near its northern border.”

The timing and details or the military contact does smell fishy and leads one to question if Barack Obama was involved and if so, how much of a kick back did he receive and why would he take such advantage of his homeland after trying to do so much for them in the past? It seems the money is thicker than blood when speaking of Barack Obama.