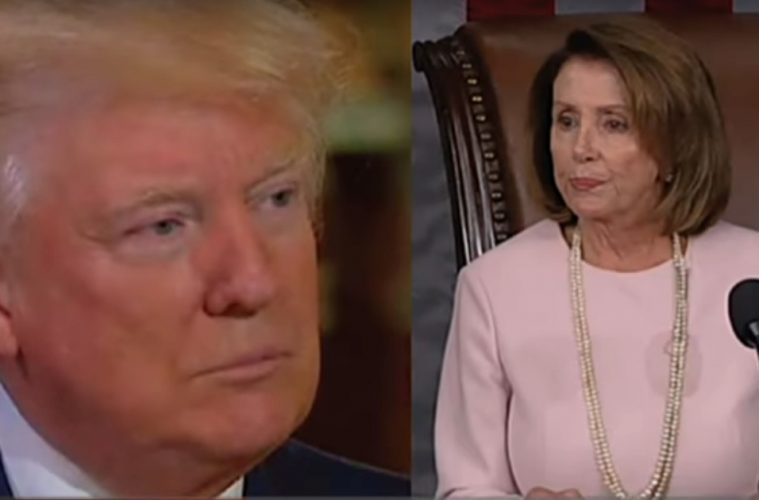 As Democrat House Minority Leader Nancy Pelosi continues to call for the resignation of Attorney General Jeff Sessions and for a probe into alleged contact between Trump and Russian officials, President Trump tweeted that he would like to see a probe into possible ties between Pelosi and Russia.

President Trump lashed out over Democratic calls for a probe into his contacts with Russia, calling for an investigation into House Minority Leader Nancy Pelosi’s (D-Calif.) links to the Kremlin.

“I hereby demand a second investigation, after Schumer, of Pelosi for her close ties to Russia, and lying about it,” Trump tweeted, with a link attached to a story about Pelosi’s 2010 group meeting with Russia’s U.S. ambassador. He tweeted the message three times, deleting the first two after misspelling the word “hereby” in each.

Pelosi told Politico this week that she had never met the current Russian ambassador, Sergey Kislayak. But when presented with a photograph from a 2010 group meeting, her spokesman said that Pelosi had meant she had never had an individual meeting with the ambassador.