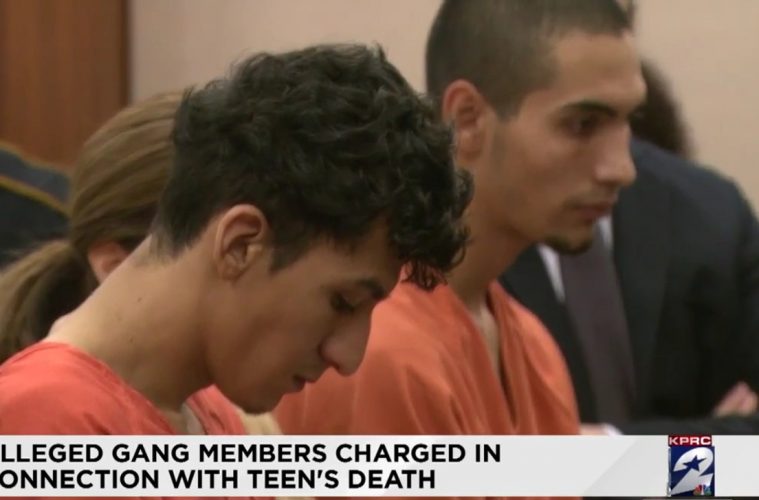 2 More Gang Members in US Illegally Charged with Murder & Kidnapping

Obama’s lax immigration policies allowed scores of criminals into the US illegally. Among those are 2 more members of MS 13 from El Salvador. Here illegally, they are now in jail, charged with kidnapping 3 girls and murdering 1 of them.

Two men who are charged with murder in the death of a girl whose body was found lying in a southwest Houston road on Feb. 16. appeared in court Wednesday night.

Prosecutors said in court that a 14-year-old witness told investigators she was kidnapped, held against her will for several days at an apartment on Glenmont Road, and repeatedly sexually assaulted by members of the gang after she ran away from school one day.

According to prosecutors, the girl said that after four days she was given to a man named Flaco who moved her to another apartment where six other MS 13 gang members lived. The witness said she was forced to drink alcohol and take drugs while the gang members raped her.