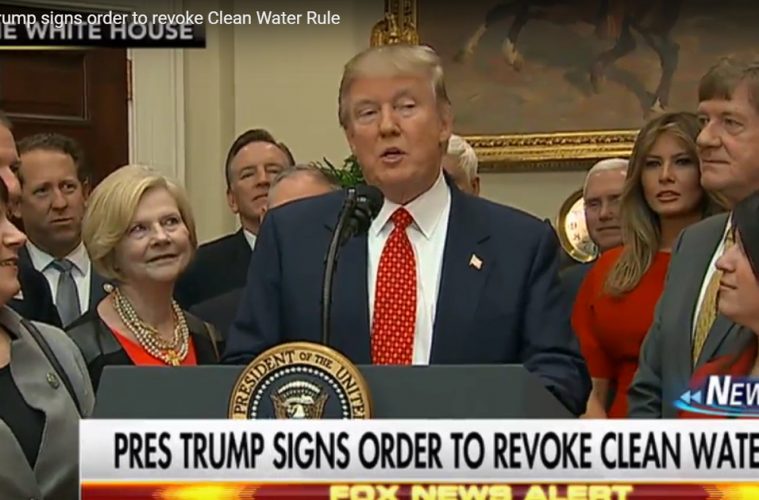 Barack Obama wielded his power during his reign to infringe on the rights of thousands of property owners. Part of his abuse of power was carried out by his clean water regulations. President Trump continues his actions to role back some of those regulations and rules including the clean water act which Trump referred to as ‘horrible’.

President Trump stepped up his attack on federal environmental protections Tuesday, issuing an order directing his administration to begin the long process of rolling back sweeping clean water rules that were enacted by his predecessor.

The order directing the Environmental Protection Agency to set about dismantling the Waters of the United States rule takes aim at one of President Obama’s signature environmental legacies, a far-reaching anti-pollution effort that expanded the authority of regulators over the nation’s waterways.

The contentious rule had been fought for years by farmers, ranchers, real estate developers and other industries, which complained it invited heavy-handed bureaucrats to burden their businesses with onerous restrictions and fines for minor violations.

Obama’s EPA argued that such claims were exaggerated and misrepresented the realities of the enforcement process of a rule that promised to create substantially cleaner waterways and with them, healthier habitats for threatened species of wildlife.