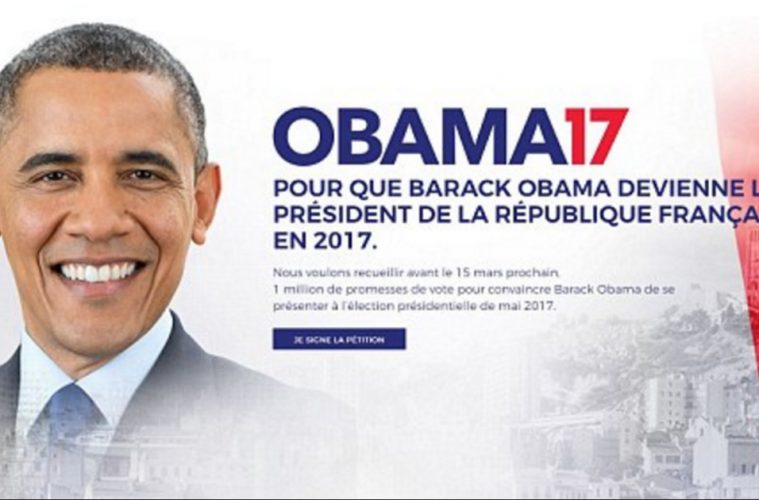 Petition Calls for Obama to Run for French Presidency

Millions of Americans have been wondering and speculating what Barack Obama will do after leaving the White House.

We’ve seen speculations that range from playing golf and living off his pension and wealth to running for some other political office either at the national level or at some state level. One political pundit went to suggest that Obama run for governor of Illinois or mayor of Chicago. Another source before the election suggested that if Hillary Clinton won the election, she could name Obama to the Supreme Court. That was the most frightening prospect of all. Placing Obama on the Supreme Court is no different than putting a pedophile in charge of a daycare facility.

The idea of Obama following the example of Hillary Clinton when Bill left the White House and ran for the US Senate. That’s another frightening prospect to know that Obama would be working along other Senate ultra-liberals like Schumer, Franken and Sanders.

Just as America rescued France in World War I & II, it’s possible that France could be on the verge of recuing America.

Francois Hollande was sworn in as the President of France on May 15, 2012. He is up for re-election on April 13, 2017, and a growing faction believe they may have found a candidate to defeat Hollande.