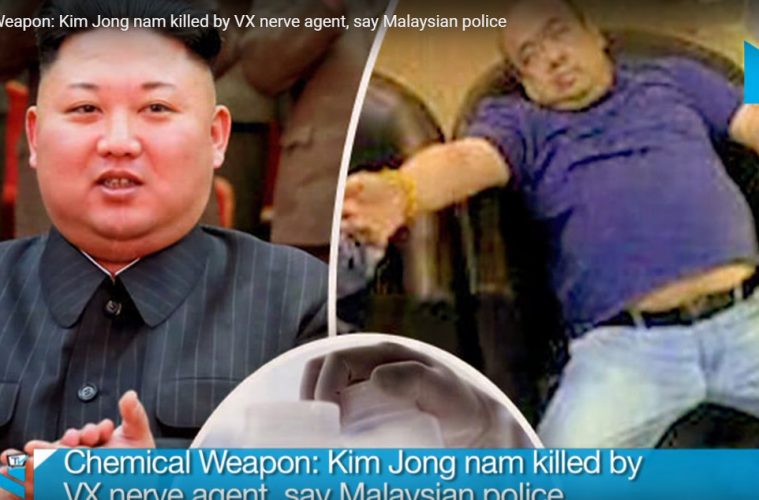 There is still a lot of questions surrounding the airport assassination of the half-brother of North Korean dictator Kim Jong-un. Some members of South Korea are suggesting the assassination of Kim Jong-nam was ordered by North Korea and may have been a show to the world saying that they have deadly weapons at their disposal other than nuclear.

Only a few people know why VX was chosen – presumably by North Korea – as the chemical agent of Kim Jong-nam’s assassination, and they’re not talking.

The (perhaps unwitting) women who smeared his face with the highly toxic oil are unlikely to know much about the substance.

And the men who left the terminal in Kuala Lumpur for Dubai even as the victim staggered around seeking medical help are not about to share their secrets with anyone far from Pyongyang.

But in South Korea, there is much speculation. Was it a deliberate signal from the North that nuclear isn’t the only weapon of mass destruction just over the border?

Or was it simply an effective way of killing a reclusive man in a public place?