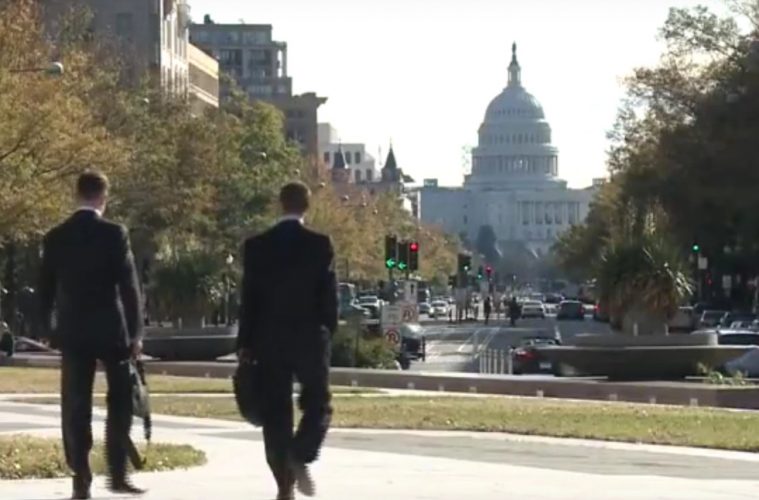 Congress Told to Fulfill Trump Promises as They Return to Work

After a week off, members of Congress return to work today. Many faced tough townhall meetings, but President Trump is urging Republicans to use their majority to fulfill his campaign promises including the repeal of Obamacare.

Congressional lawmakers begin returning to Washington on Monday after a tense week-long recess in which Republicans got an earful about ObamaCare and other issues and ahead of President Trump’s first speech to a joint session of Congress.

With the GOP controlling both chambers of Congress and now the White House, Republican lawmakers’ first trip home this session could have been a victory lap. They were instead accused in the media of having done little in roughly their first three weeks. And several were confronted at town hall meetings about plans to replace ObamaCare if and when it’s dismantled.

The president will have his say Tuesday night. Majority Republicans in the House and Senate will be closely watching the prime-time address for guidance, marching orders or any specifics Trump might embrace on health care or taxes, areas where some of his preferences remain a mystery.

Treasure Secretary Steve Mnuchin on Sunday told Fox News that the speech will include Trump’s plan for corporate and individual tax reform. He also suggested that the president is not sold on House Republicans’ so-called “border tax adjustment plan” to tax exports to essentially offset proposed tax cuts.