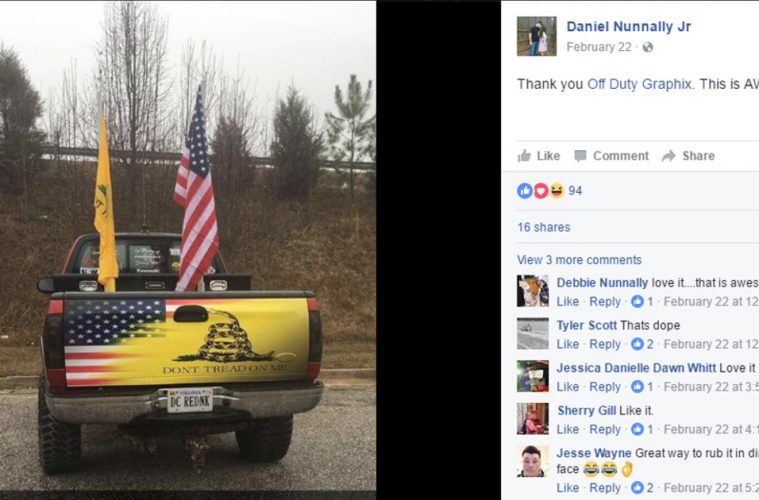 Student Ordered by School to Remove American Flag from His Truck

Since when has the American flag become offensive and controversial here in America?

Millions of men and women have fought, died and sacrificed limbs and more for the American flag. If someone is not violating the US Flag Code, then there is no legal reason for anyone to be forced to remove or stop displaying the American flag.

In front of our house is a sturdy flag pole. Our American flag flied in accordance to the US Flag Code. It does not fly before sun-up or after sun-down or during inclement weather. The only times our flag is lowered to half-staff is when it is officially ordered by a qualified president or governor. If our flag becomes torn or otherwise damaged, it is replaced and then allowed to be properly disposed of. Our flag never touches the ground.

One of our prized possessions is a 48-star flag that flew on board a US Navy ship during several key battles in the Pacific during World War II. The flag was presented to my father (-in-law) by the ship’s captain and the flag was passed down to me (my husband). It is properly folded and displayed in a triangular flag display box.