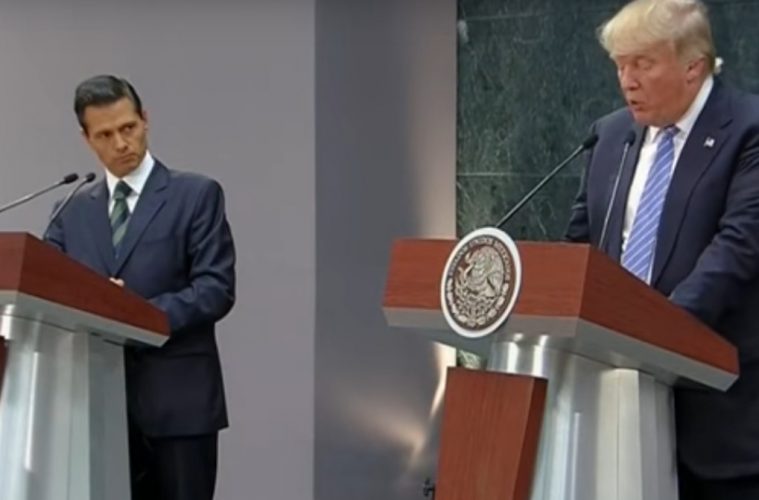 Mexico’s current president has one of the lowest ratings of any previous Mexican leader. He has been taking a strong and vocal stand against US President Trump’s plan to build a border wall and his stricter enforcement of federal immigration laws. The Mexican president’s  anti-Trump stand is helping to boost his approval ratings among his countrymen.

Pedro Gerson is a professor of law and economics at the Ibero-American University and the Mexico Autonomous Institute of Technology (ITAM), both in Mexico City.

Over the past few months — both as a candidate and in his new capacity as U.S. president — Donald Trump has issued a series of provocations that have brought U.S.-Mexico relations to their lowest point since the Mexican-American War of 1846. His brash Twitter diplomacymoved Mexican President Enrique Peña Nieto to take the unprecedented step of canceling a trip to the United States. Stepped-up raids by U.S. immigration authorities have stirred deportation fears in the Mexican immigrant community, and expressions of anti-Mexican sentiment have become so common that even a top Mexican diplomat recently endured public harassment. Last but not least, Trump has continued to vilify the North American Free Trade Agreement (NAFTA), raising doubts about its durability.

It would seem that there could be no bleaker scenario for the Mexican president. And yet Trump may actually turn out to be a blessing in disguise for Peña Nieto. In fact, Trump may offer Peña Nieto’s only chance of salvaging his party’s chances in next year’s general election — and potentially even his own legacy.