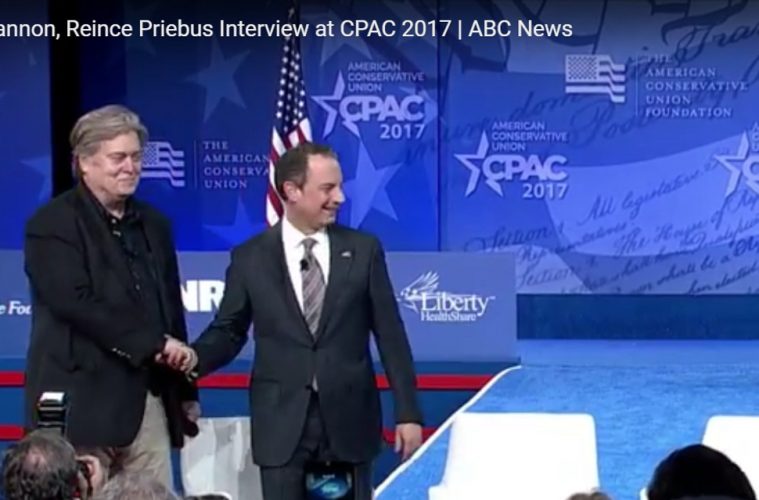 Bannon Not ‘Grim Reaper’ After All

Ever since Donald Trump named Steve Bannon to his chief strategist, liberals have portrayed him as some mysterious and menacing villain. However, appearing at CPAC, Bannon displayed a surprisingly gentler and calmer side which has left some critics speechless.

White House chief strategist Stephen Bannon is often shrouded in mystery, portrayed by “Saturday Night Live” as the Grim Reaper or on the cover of Time magazine as “the great manipulator.”

But at Thursday’s annual Conservative Political Action Convention (CPAC) in National Harbo, Md., Bannon presented a softer image as he made a rare public appearance with White House chief of staff Reince Priebus.

Many other major administration players appear frequently on cable news and Sunday political talk shows, fitting for the staff of a president who avidly watches television and hosted a reality show. But Bannon, the controversial former head of Breitbart News, has preferred to stay out of the limelight.

Still, Bannon was relaxed and smiling on the convention hall stage next to a chipper Priebus. There, along with American Conservative Union President Matt Schlapp, the two sought to temper Bannon’s public image and rebut reports of discord between the administration’s top two advisers.