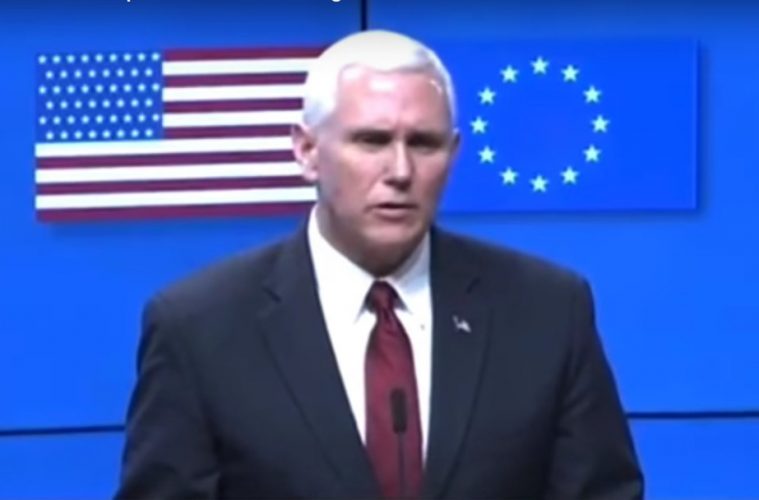 During his presidential campaign, Donald Trump spoke against NATO and the European Union, leaving many of Europe’s leaders nervous and not knowing what to expect, especially with our alliance with Great Britain who is moving to leave the EU. Speaking in Brussels, Vice President Trump did his best to ease the tensions and fears of Europe’s leaders.

Vice President Pence assured nervous European leaders on Monday that the Trump administration is committed to “cooperation and partnership” with the European Union, as he sought to quiet fears that the White House wants to break up the 28-nation bloc.

Pence’s reassurance was a striking departure from some of President Trump’s comments over the past year in which he painted the European Union in dark terms. Trump described Brussels as “a hellhole” early last year, and he praised Britain’s decision in June to leave the E.U.

In his meetings with top E.U. officials, Pence offered a far more conventional vision of relations with the bloc.