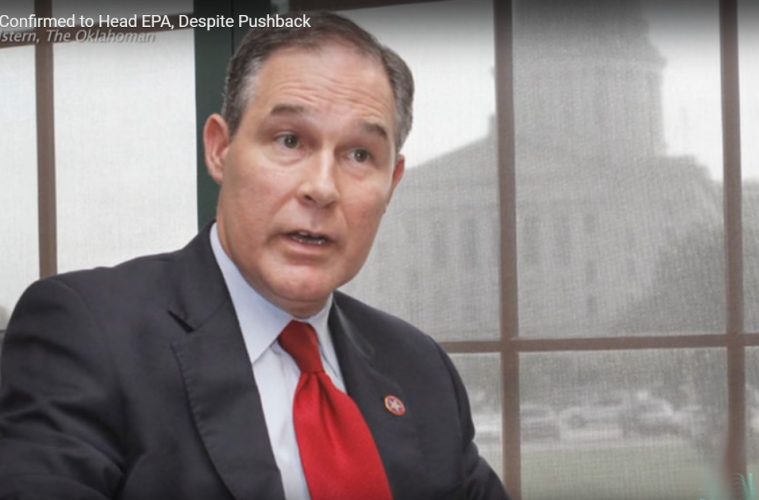 Will Pruitt Reign in Out-of-Control EPA?

Under 8 years of Barack Obama, the EPA assumed dictatorial powers over hundreds of American landowners. They swooped in with their tyrannical agenda of controlling all public and private land in America and blocked many homeowners from making any improvements or building on their own properties. To make it worse, the EPA believed that no individual or land owner had the legal right to challenge their dictates.

In the western US, numerous land owners and municipalities have been told they can no longer use their wells for water as they are tied into groundwater that may drain into a stream, river or lake elsewhere. Tombstone, Arizona is a prime example of how the EPA and the Obama administration have cut off the town’s main water supply.

John Rapanos owned 20 acres of land in Michigan. He wanted to build a shopping center on his land, but the Environmental Protection Agency ordered him to stop construction slapped him with fines. Although his property was 20 miles away from the nearest waterway, the EPA used the waterway and wetlands to prevent Rapanos from developing his own land. His lawsuit against the EPA, who claimed no private citizen had the right challenge them, also made it to the US Supreme Court where a 4-1-4 decision barely went in Rapanos’ favor.

In one such case, Mike and Chantell Sackett purchased nearly two-thirds of an acre in a new development at Priest Lake, Idaho.  They set about making their plans for their dream home. Before they could start building the house, they spent three days hauling in dirt to fill in areas on the lot and get everything leveled off.