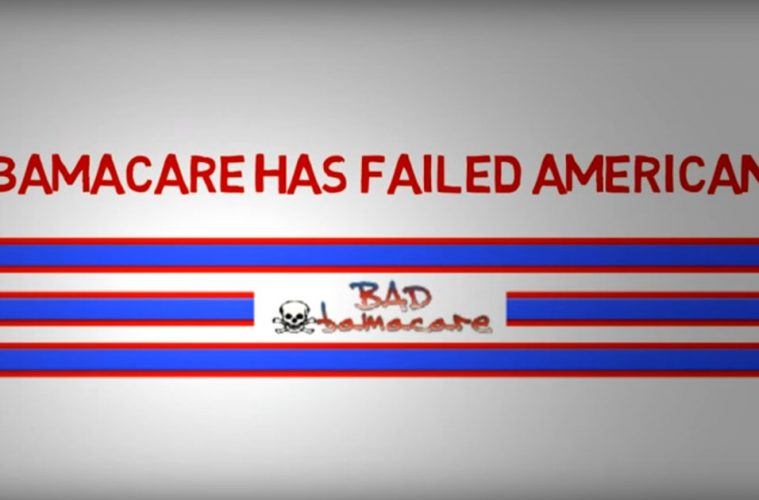 Donald Trump and Republicans promised during the elections last year that they would repeal and replace the Affordable Care Act as soon as possible. However, they are finding that promise harder to fulfil than most others. They’ve realized that they need to have a suitable and workable replacement ready before they can repeal Obamacare.

Until they accomplish the fulfillment of their promise to repeal and replace Obamacare, more indicators are surfacing of the absolute failure of what’s been called Obama’s flagship legislation.

Over the past few years, a growing number of healthcare insurance providers have withdrawn from Obamacare. In a report from Forbes:

“Humana HUM -1.98% said it will leave the commercial individual insurance business effective in 2018, including coverage offered on public exchanges under the Affordable Care Act, after being unable to successfully manage the costs of sick patients.”

“The Louisville, Ky.-based insurer is the first major insurer to announce its plans for next year as the Republican-led Congress and the White House under Donald Trump struggle to come up with a repeal, repair or replacement for the ACA. Humana is a small player in the Obamacare business, with about 150,000 Americans in ACA-compliant plans...”

“Humana last year scaled back participation in Obamacare coverage to just 11 states for this year from 15 in 2016. But less than two months into 2017, Humana doesn’t see its prospects improving and is bailing on Obamacare altogether for 2018.”

Humana is not alone in their abandonment of Obamacare. In a report from Bloomberg:

“Yet more bad news for Obamacare this week: Molina Healthcare lost $110 million on the exchanges last year, and the CEO told investors, ‘There are simply too many unknowns with the marketplace program to commit to our participation beyond 2017’.”

“At first glance, it’s hard to see why this piece of news is worth worrying about. UnitedHealth recently projected several times those losses, and it’s a bigger player on the exchanges. Why spend so much time looking at one modest-size insurer?”

“Because Molina is one of the companies that has been repeatedly pointed to, by virtually every health-care-policy wonk in the business, as one of the ‘bright spots’ on the exchanges. Molina is a company that specializes in covering poor people. Before Obamacare, they were a sizable player in the ‘Medicaid managed care’ model, and it seemed like the expertise they’d thusly acquired was allowing them to design the sort of plans that actually made money on the exchanges. Which is to say bare bones plans, not fancy but adequate. Apparently, that’s no longer a money-maker, at least for Molina.”

Virtually every healthcare insurance provider has been losing money with Obamacare. It was a financial disaster since before it was passed. The majority of CO-OPs created to help with coverage for lower income Americans also suffered great financial losses and were forced to close their doors. Other major providers including Blue Cross – Blue Shield drastically reduced the number of policies offered under Obamacare.

One of the many problems with Obamacare is that too many elderly and chronically ill signed up for healthcare insurance and far too few young healthy Americans signed up. The success of Obamacare was directly dependent upon more younger healthy people signing up and their premiums would help cover the cost incurred by the elderly and chronically ill.

In an effort to keep Obamacare financially alive until they can figure out a replacement, some Republican lawmakers have introduced the State Age Rating Flexibility Act of 2017. This proposed legislation is basically an age tax, calling for premium increases with the age of the premium holder.

This move is surprising and shocking since it was the majority vote of many elderly that elected them and Donald Trump and put them in control of the federal government, passing an age tax on the elderly could effectively kill the vote of that large demographic and help to put Democrats back in control in the next election.