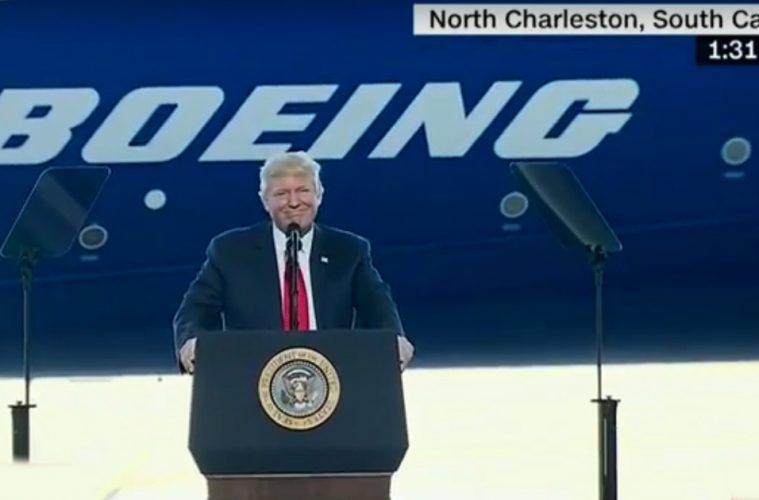 During his presidential campaign, Donald Trump promised to work with Boeing to promote buy American. He convinced the airplane manufacturing giant to stay in the US and help with jobs and the economy. He returned to the Boeing plant in South Carolina where he re-iterated the promise.

President Trump reiterated a campaign promise to buy and hire American at the debut of Boeing’s new long-haul airplane on Friday, with the president pointing to the aircraft manufacturer’s South Carolina facility as a prime example.

“This plane was built right here in the great state of South Carolina,” Trump said. “Our goal as a nation is to rely less on imports and rely more on products made here in the USA.”

Boeing rolled out its first 787-10 aircraft in dramatic fashion on Friday afternoon, kicking off the event with a prayer and theme music and ending with Trump exclaiming, “God bless Boeing.”

The new aircraft, the latest and biggest model of Boeing’s Dreamliner family, is exclusively made in the company’s facility in North Charleston, S.C.