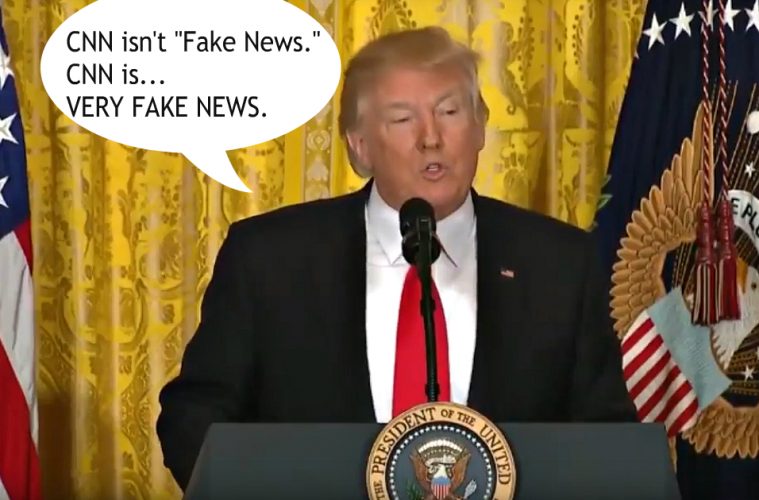 President Donald Trump is once again taking his case right to the people of the United States and once again he got the unwitting aide of the press corps to help him do it. And even as the regular voters are cheering, the press is booing the whole thing.

Donald Trump is uniquely able to speak to Americans like a “real person.” In other words, he does not come off as a smarmy know-it-all like Obama did nor does he seem shrew-like as Hillary so often did. In fact, he doesn’t seem like a “politician” at all. To Mr. and Mrs. America he comes off as a relatable figure. (Indeed, during his press conference he admitted as much when he said he is finding it hard to realize he is now a “politician.”)

With the media (and establishment Washington of both parties) clearly out to destroy him as opposed to merely reporting on his policies and administration, Trump instinctively understands that he needs to go around the media and take his case right to to the voters.