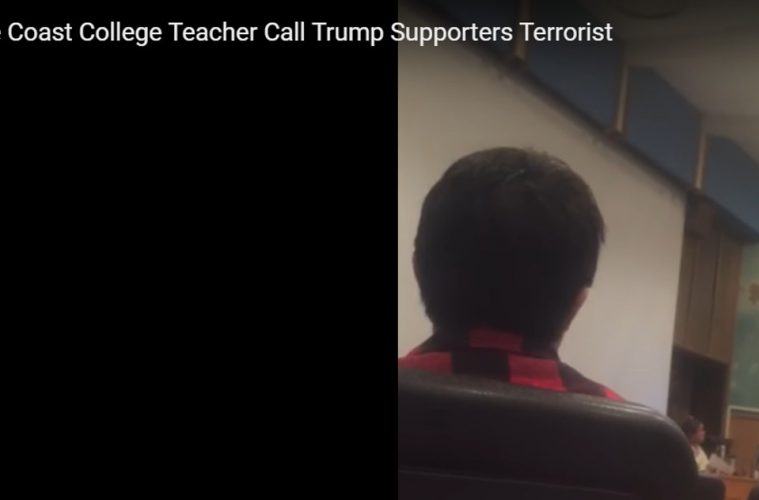 If given the chance, liberal Democrats would quickly do away with the US Constitution and the Bill of Rights. They don’t want Americans to have the freedom of speech, freedom of religion, the right to bear arms, nor do they want States to have rights over the federal government.

A prime example is the liberal reaction of the November 2016 election. Liberal Democrats can say anything they want, no matter how derogatory or even how inflammatory it is, they’ll defend their right to say it. But let someone say or do anything that they disagree with and their intolerance rages to the surface and they take whatever steps they can to silence that opposition.

Caleb O’Neil is a 19-year-old student attending Orange Coast College in Costa Mesa, California. One of his professors, Olga Perez Stable Cox went on a tirade about the November election and against Donald Trump. She called Trump a white supremacist and deemed his election as an act of terrorism.