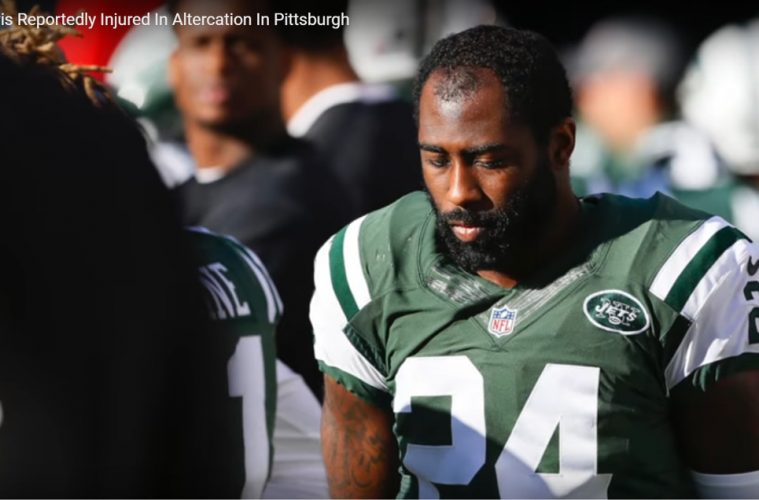 Jets CB Rivas Charged with 4 Felonies after Altercation In Pittsburgh

Early Sunday morning, New York Jets’ cornerback Darrelle Rivas was involved in an altercation in Pittsburgh. First reports stated that Rivas was not charged with any crimes, however, on Thursday, Pittsburgh police charged the NFL player with 4 felonies and 1 misdemeanor.

Jets cornerback Darrelle Revis was charged with four felonies and a misdemeanor by Pittsburgh police on Thursday night stemming from his alleged involvement in a street altercation over the weekend that witnesses say left two men unconscious.

Police charged Revis with two felony counts of aggravated assault, one felony count each of robbery and conspiracy, and a misdemeanor count of terroristic threats.

Revis’ attorney, Blaine Jones, told ESPN that he was trying to reach the four-time All-Pro by phone Thursday night to arrange for him to surrender to police. It was unknown whether Revis had turned himself him.

The incident occurred at 2:43 a.m. Sunday in Pittsburgh’s popular South Side. Two men, ages 22 and 21, told police they were punched by Revis amid a verbal altercation. Witnesses said the two men were unconscious for 10 minutes, according to police.