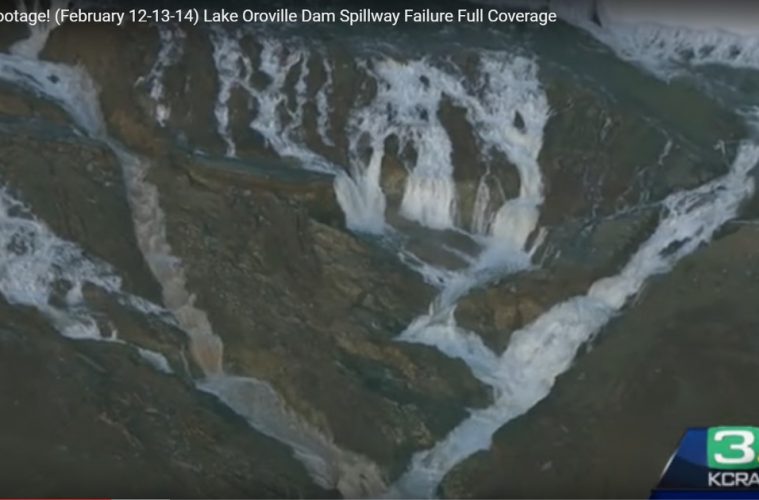 Oroville Dam and the Grand Canyon

This past week, nearly 200,000 California residents who live down river from the Oroville Dam were ordered to evacuate for fear the dam may give way and flood. Residents have been allowed to return but with the understanding that they could still face another evacuation and are still living in a potentially dangerous situation.
When constructed properly, dams can hold back a tremendous amount of water and pressure from that water. However, if a dam is breached by water going over the top, it loses some of its integrity and strength and is susceptible to failure. This was the reason the evacuations below the Oroville Dam were ordered.

In an attempt to alleviate the situation, millions of cubic feet of water were released from the spillway. Hopes were that enough water could be released to keep the lake from cresting over the top of the dam.

However, the release of so much water resulted in massive erosion of the area around and immediately below the dam. Helicopters and other large pieces of equipment were used to place thousands of tons of large rocks into the eroded areas to prevent the situation from getting any worse.

Think about the effects and damage causes by the water running over the spillway at to Oroville Dam and then consider what would happen after 40 solid days of heavy rains along with vast deposits of subsurface water bursting forth would do.