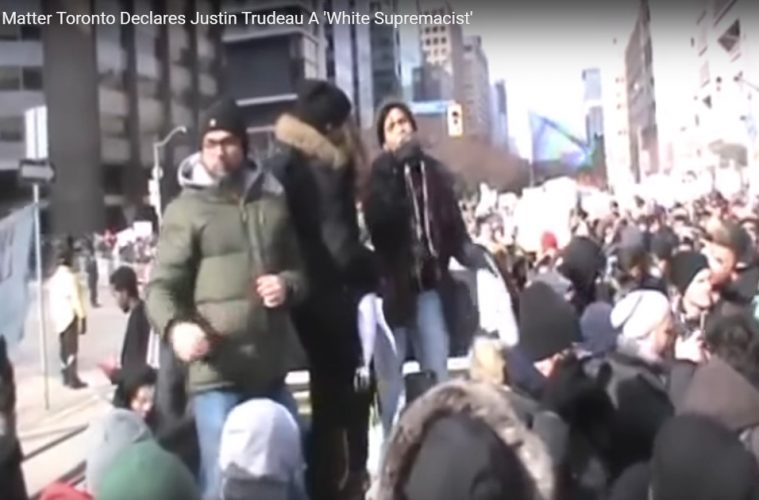 Imagine what would happen if a conservative organization went public with a cry for black genocide? What if they warned white people that dating or associating with black Americans was wrong and would not be tolerated?

What if those declarations were made at a public event in front of hundreds of people?

Every black activist would be screaming racism and hate crime. Every liberal Democrat would be calling for legal action based on racial discrimination, hate language and inciting public violence. The liberal mainstream media would be all over it like flies on a pile of dead fish. Everyone would be in a huge uproar.

Yet when a black American says the same things about white people, it’s not considered wrong. It’s not racist. It’s not a hate crime. The liberal mainstream media would be in full support.

Welcome to today’s America. It’s ironic that the same liberals who would promote the rights of black Americans to call for the genocide of all whites are the same ones who preach ‘social justice’, when in fact they only want preferential treatment and privileges for the far left over normal conservative Americans.

In today’s America, it’s perfectly acceptable to blaspheme against God, Jesus, the Bible and Christianity, but dare say anything against Islam and you’re instantly labeled to be a hater, a racist, a bigot and an Islamophobe. You can say anything you want against traditional marriage and abstinence, but dare anything against homosexuality, including how God says it’s a sin in the Bible, and you’re once again labeled a hater, a racist and a homophobe.