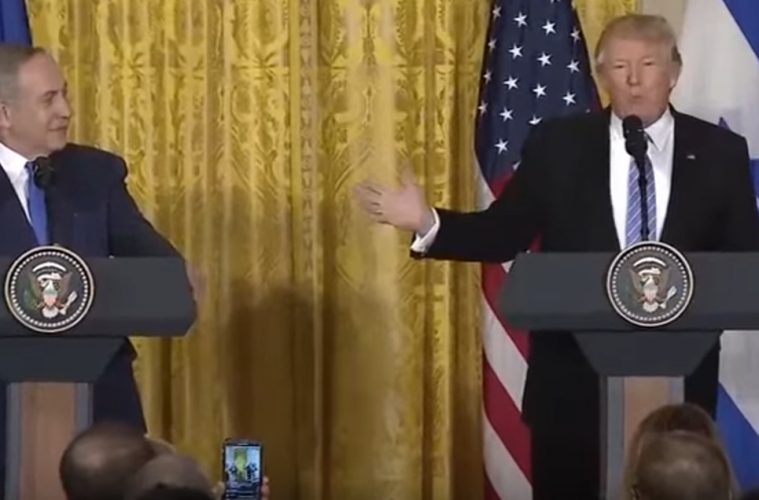 President Donald Trump said Wednesday that the United States would no longer insist on a Palestinian state as part of a peace accord between Israel and the Palestinians, backing away from a policy that has underpinned the U.S. role in Middle East peacemaking since the Clinton administration.

“I’m looking at two states and one state,” Trump said, appearing in a joint news conference at the White House with Prime Minister Benjamin Netanyahu of Israel. “I like the one that both parties like. I can live with either one.”

Trump’s comments were a striking departure from decades of diplomatic orthodoxy, and they raised a host of thorny questions about the viability of his position. The Palestinians are highly unlikely to accept anything short of a sovereign state, and a single Israeli state encompassing the Palestinians would either become undemocratic or no longer Jewish, given the faster growth rate of the Arab population.

Trump did not address these dynamics, preferring to focus on his confidence that he could produce a breakthrough agreement.