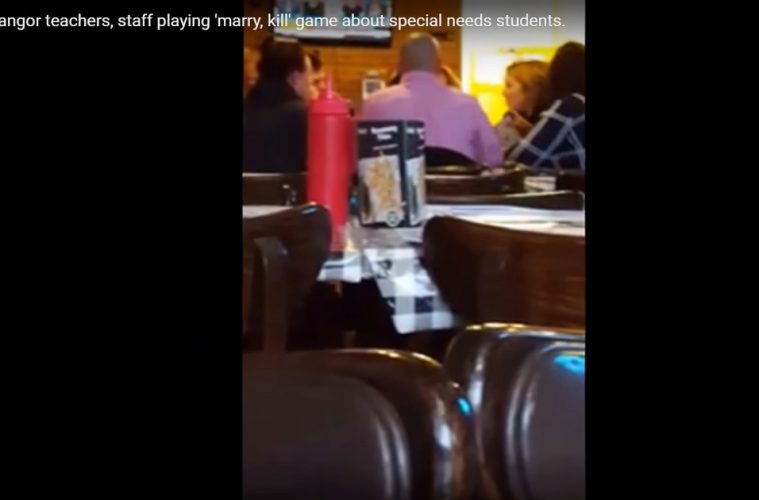 MI Teachers NOT Fired Over Obscene Game About Students They Would “Marry, Fu**, or Kill”

Bangor, Michigan is a small town of about 2,000 people in the southwest corner of lower Michigan. Founded over 120 years ago, the town was known as Train City due its Amtrak station and location but now is officially known as the Apple Center of Michigan. It’s located about 10 miles east of the Lake Michigan shore, about 27 miles due west of downtown Kalamazoo and 40 miles north of the Michigan-Indiana border.

The small Apple Center town has 3 schools – one elementary school, one middle school and one high school. Like most small communities, everyone pretty much knows everybody else and quickly knows who anyone else is talking about, even if not named, and it’s that familiarity that caused a great deal of controversy between parents and the local school board.

In January, several school employees and teachers were enjoying themselves at a local bar and grill. Evidently, they weren’t being all that quiet since someone sitting several tables away videoed them as they played a game known as MFK for ‘marry’, ‘fu**’, ‘kill’. The teachers and school employees were loudly talking about some of the students and who they would marry, who they would kill and who they would have sex with. Some of the students were discussed in detail with some of them being students with special needs.

The video eventually made its way to You Tube and parents were outraged with what they saw and heard. Jennifer Prentice said that she received the video from a friend and after watching and listening to it, she felt compelled to post it on You Tube. She commented, saying: