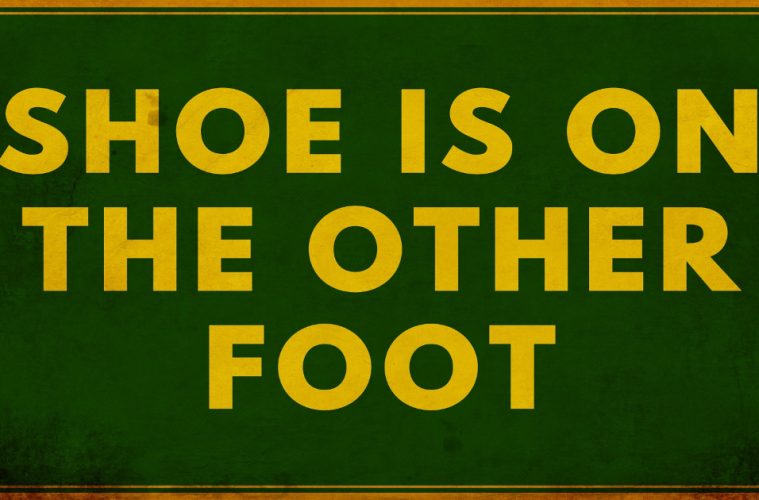 Shoe on Other Foot and Democrats Don’t Like It

In 2009, Republicans found themselves in the minority. Democrat Barack Obama moved into the White House. Democrat Sen. Harry Reid was Senate Majority Leader. Democrat Rep. Nancy Pelosi was House Speaker of the House.

The Democrats controlled everything and from the very beginning made it known that they had no intention of working with Republicans. They demanded that Republicans cave in to all of their demands and compromise their position in order to allow the Democrats to rule.

A prime example was demonstrated by Harry Reid when Obama and Democrats were trying to get a set of jobs bills passed in 2011 when President Obama accused Republicans of not compromising on his jobs bill. In fact, House Republicans passed more than 12 jobs bills that went to the Democratic controlled Senate, where Reid refused to even allow most of them to be reviewed by committee. Reid admitted to only reading 1 of the 12 House bills and refused to read or even consider the other 11 just because they came from the House Republicans.

The same thing happened with the Bush era tax cuts and budget bills. Democrats always held out, refusing to budge on what they wanted and then told the public that it was all the Republicans’ fault for being unwilling to compromise.

Remember the infamous Sequester back in 2013. To begin with, Obama was the one that insisted on creating the terms of the Sequester. He tried to use it as a tool to force Republicans into submission to his dictatorial agenda. When Republicans refused to compromise, Obama and the Democrats again lied and told the nation that it was all the Republicans’ fault, not their own.