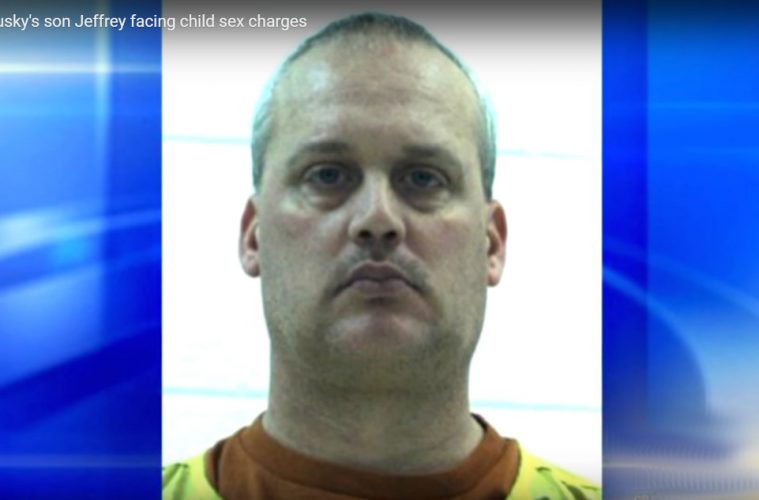 In 2011, the nation and especially the sports world was rocked when Penn State assistant football coach Jerry Sandusky was arrested and indicted on 52 counts of sexual abuse of minor-aged boys over a 15-year period. During the investigation it was determined that head football coach Joe Paterno knew about the abuse and did nothing to stop it. Paterno was fired and Sandusky went to prison. Now it appears that Sandusky’s adopted son HJeffrey is following in his father’s footsteps as he has been arrested and charged with multiple Sex crimes involving children.

An adopted son of Jerry Sandusky faces multiple charges of sex crimes involving children, court papers revealed Monday, more than five years after the former Penn State assistant football coach was himself first arrested in a case that sent shock waves across the university and NCAA.

State police accused him of sending inappropriate texts to a victim and asking for naked photos, according to WTAJ. It reported the investigation began in November 2016.