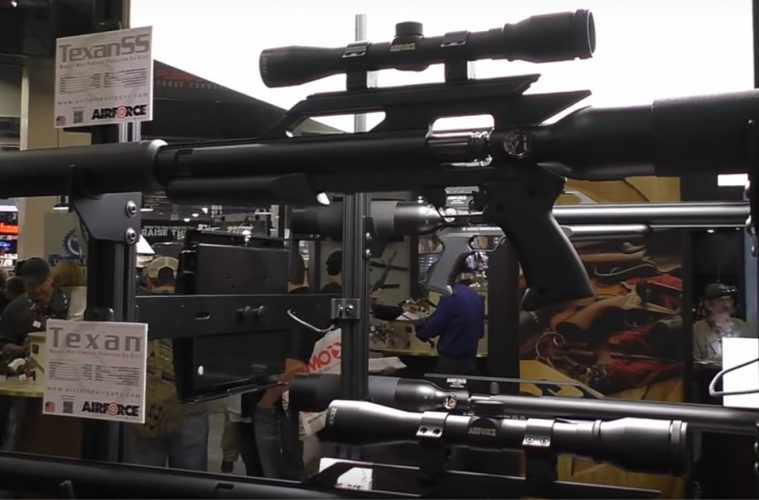 Oregon is gaining a reputation as being a liberally run state. Governor Kate Brown is an ardent Democrat and openly bi-sexual. The Oregon state legislature is also controlled by liberal Democrats. The Senate seats 18 Democrats to 12 Republicans. The House of Representatives also seats more Democrats (35) to only 25 Republicans.

In March 2015, Oregon joined California in giving illegal aliens the ability to vote in elections, even though they are not legally allowed to vote. Oregon is not only issuing driver’s licenses to illegals, but Gov. Kate Brown, a Democrat, signed a bill into law that automatically takes anyone obtaining a state driver’s license and registers them to vote. It doesn’t matter if the person wants to be registered to vote or not, they are automatically on the rolls to allow them to vote at the polls.

This past weekend, the Roseburg Rod and Gun Club held their annual Gun and Knife Show at the Douglas County Fairgrounds in Oregon, a state known for its increasing trend towards liberal politics. A number of gun owners at the weekend event spoke out, mostly on the issue of gun control.

One such gun owner that regularly attends the annual exhibition is Kim Carnes. In an interview, he stated:

“Gun control is just another step for the government to control what you can and can’t do.”

In reference to the shooting death of his granddaughter Rebecka Carnes on October 1, 2015 at Umpqua Community College, he went on to say:

“With all the shootings that are going on, there has to be something done … a gun-free zone is an open fire range for somebody to come in and start shooting.”

Carnes also spoke out in hopes that President Donald Trump would pass a law requiring every state to recognize the concealed carry permits from other states. His reason:

“Let’s say you were to scour an event and you have your concealed weapon and someone starts shooting. If you don’t get hit, chances are you can take that person out before someone else gets there.”

Notice how the liberal mainstream media constantly point to the parents of the Sandy Hook shooting victims as proof for more gun control, but rarely if ever point to family of other mass shooting victims who support gun ownership and concealed carry.

Tanelle Azzato, a vendor with The Twelve Six, at the show stated:

“You could look at it as a small car versus a big car. A big car could do a lot more damage but are we going to say you can only drive a small car. They can do the same thing.”

However, not everyone is as hopeful as Carnes about President Trump’s ability to push back some of the Obama era gun control laws. Bill Girvin, another vendor at the gun show shared:

“People rave against Obama but his theory is to keep the guns from those who did not deserve the right to keep and bear arms legally.”

“He wasn’t trying to take away all of our gun rights … we still have them.”

Girvin fails to understand that Obama felt that no one except law enforcement deserve the right to keep and bear arms. In that capacity, he was taking away our gun rights a piece at a time. Obama made that perfectly clear. He hated guns in the hands of the people which is a typical socialist ideology. It’s much harder to control a nation when the people own more guns than there are people. The chance for rebellion is too great. However, if they know who owns what firearms and restrict as much gun ownership as possible, then it’s much easier to control the people. History has proven that time and again.