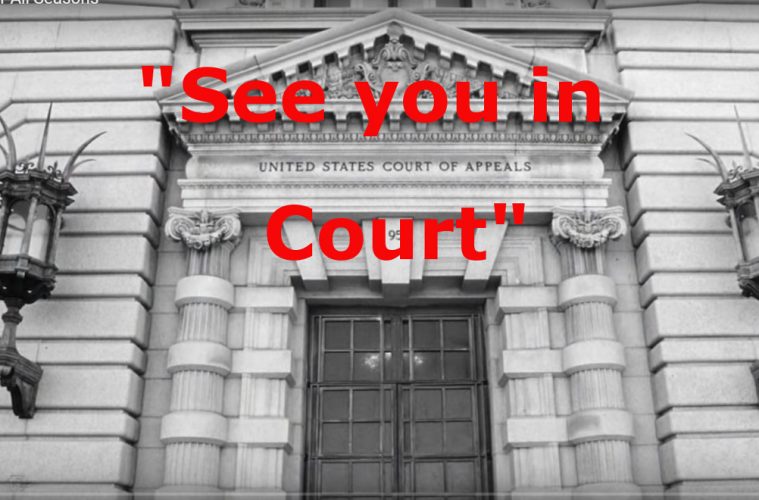 Asking the 9th Circuit Court of Appeals to reverse a decision made by one of their own judges was doomed from the start. This is THE most liberal federal court in America that has long ruled on liberal agendas instead of ruling on law and Constitution. After the full 3-judge panel refused to overturn the blockage of Trump’s executive immigration order, the President took to Twitter with his response.

A defiant President Donald Trump tweeted “SEE YOU IN COURT” after a San Francisco federal appeals court Thursday upheld the suspension of his controversial immigration order.

He also warned the security of the nation was at stake and said he expected to easily win the case.

Top presidential adviser Kellyanne Conway told Martha MacCallum on “The First 100 Days” that she could not specify if Trump meant he would take it to the Supreme Court, but there were “different options” open to the White House.

She added that the ruling “does not affect the merits at all.”