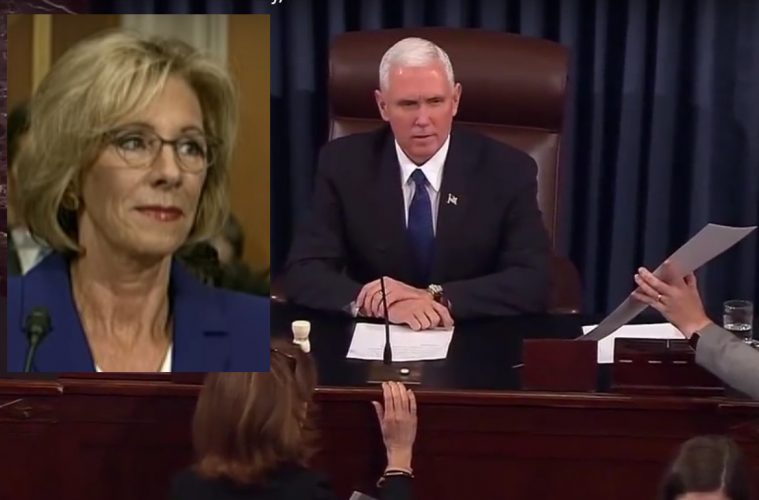 Democrats vowed to block the confirmation of Betsy DeVos, President Trump’s nomination for Secretary of Education. They claimed to oppose her because of her support of charter schools and vouchers, but the vote was far more political than qualifications. The full Senate voted on DeVos’s confirmation with two liberal Republicans siding with Democrats making the vote tied 50-50. Since the Vice President sits in the Senate, Mike Pence cast the deciding vote, confirming DeVos with a 51-50 vote.

Vice President Pence cast the deciding vote to confirm Betsy DeVos as education secretary Tuesday after opponents failed amid a groundswell of opposition to produce the additional “no” vote required to sink her nomination.

DeVos “understands that teachers, students, parents, school boards, and state and local governments — not Washington bureaucrats — are best suited to make education decisions for our kids,” Senate Majority Leader Mitch McConnell (R-Ky.) said Tuesday. “I know she’s committed to improving our education system so that every child has a brighter future.”