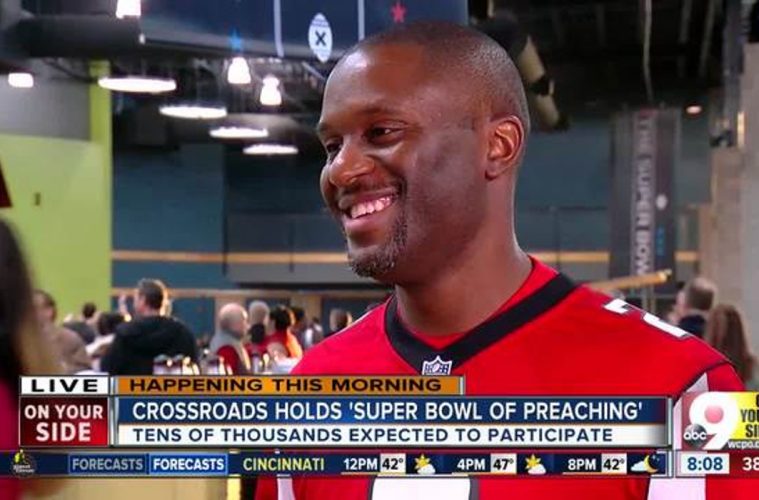 Nearly twenty years ago, I spoke with a professor at one of the nation’s most prestigious or popular seminaries. I asked him what was the number one advice he gives graduating seminary students who are heading out to be pastors. I’ll never forget the shocking words that he uttered. He told me the number one most important piece of advice he gives them is to not go in preaching heavy biblical content, but to find out what’s important to the most influential people in the church and preach on those topics. He added to that, telling me that he tells his students if they want to build a big church, preach important topics but if they preach straight from the Bible they’ll empty the pews. I’ll never forget the look on his face when I told him that he was one of the main reasons the Christian church in America was failing.

Some years back I was sick and stayed home from church and since it was before the days of live webcasts, I turned on a televangelist and was shocked at what I heard, He told his congregation:

“I hope you realize that I compromise the Word of God just to make you feel good about yourself.”

Then he repeated it and the audience applauded him and reacted like he was a hero. I soon discovered that this televangelist never preached on sin and wages of sin as he felt it hurt people’s ego and self-image. He later said that when Adam sinned, man lost his self-image. It was sad to see how many people were being led astray by this false teacher. He reminded me of Matthew 5:19 which states:

A former pastor of mine, who I still admire, told me that one reason colonial and early American grew and thrived is that Scripture was taught from the pulpit. Especially the Puritan preachers of old taught their congregations Scripture and that by the people knowing and understanding Scripture, they knew how to deal with many of the issues of the day. He once spent 42 Sundays preaching through the book of Ephesians. He writes 2-4 pages of sermon notes that are copied and placed in every bulletin every Sunday so the congregation can follow along and use for further studying on their own. He took nearly 200 Sundays to preach through the first twelve chapters of Romans, still providing sermon notes for every sermon.

I’m blessed now to sit under a pastor who spends nearly an hour every Sunday preaching the Word of God. This Sunday, he spent close to an hour just on Matthew 5:17-18. Actually, this was his second sermon on this section of Scripture. He doesn’t preach what he thinks Scripture says, but what it says at face value.

Yesterday was Super Bowl Sunday and our church of sound preaching was filled as much as it normally is. However, many liberal and compromising churches say that Super Bowl Sunday is one of the sparsest Sundays of the year for them.

I was appalled Sunday morning when I turned on the local news to get the weather before going to church. One of the features stories was Crossroads Turns Church into Spectator Sport.

According to the news report:

“Tailgating, smack talk and eye-catching commercials are all taking center state at Crossroads Church in Oakley on Sunday.”

“It’s part of an effort to boost attendance at what’s traditionally one of the most sparse church services of the year.”

“Crossroads is hosting the Super Bowl of Preaching, a battle between pastors Brian Tome and Chuck Mingo to see who can take a topic and preach about it best.”

“They’ll have to work in certain random phrases every quarter, and there’s a halftime show. All of its meant to mimic the big game happening in Houston and turn church into a spectator sport.”

Again, I can’t help but think of Pastors Tome and Mingo and Matthew 5:19. I pray that they will see the error of their ways and begin preaching the Word instead of making church a place of entertainment and spectator sport.

It’s pastors like these that are weakened the Christian Church in America and making so many weak Christians susceptible to the false teachings of the secular world and other false religions like Islam.

The Christian Church in America needs to get back to the Word of God and sound biblical teaching instead of outlandish things like spectator sport type entertainment.