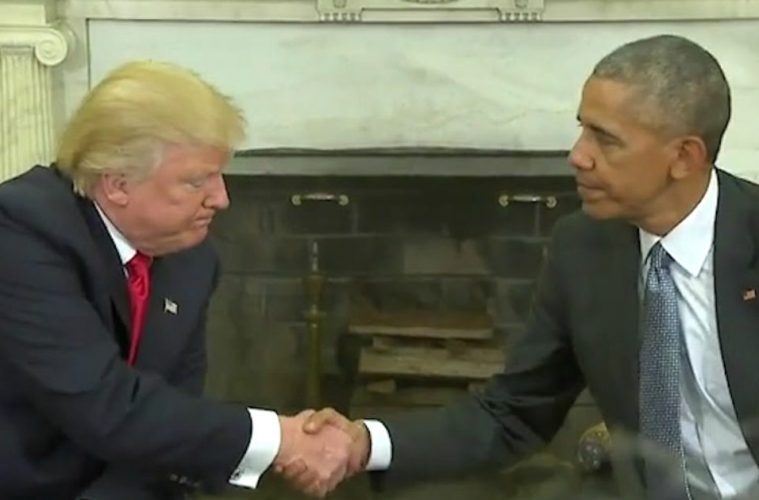 Former Democratic Congressman Dennis Kucinich (D-OH) was not pulling any punches in a recent interview on Fox News. He appeared alongside former Massachusetts Senator Scott Brown (R-MA) in what was likely designed to be a debate over whether or not it was okay for President Obama to criticize President Trump’s recent immigration order, but it was Kucinich and not Brown who criticized Obama most harshly.

While Kucinich pointed out that he disagreed with President Trump’s immigration ban and he also believes that a “religious test” for accepting immigrants is unconstitutional, he was dismayed that President Obama would be the one to criticize Trump’s policies. Why? Because it was Obama’s policies in Syria and Libya that had created the refugee crisis that Trump was now attempting to respond to.

“He’s able to speak out if he wants to,” the former Democratic Congressman said. “I agree with him that the constitution doesn’t allow for a religious test. But let’s say something here. Donald Trump didn’t create these wars; wars create refugees. And President Obama both in Syria and in Libya backed conflicts which created refugees. So, that’s something if he’s involved in the debate he should have to answer for that.”

“If you’re going to engage in a debate after you leave the presidency, you have to be prepared to defend your policies and the Obama policies of interventionism are going to be difficult to defend when you look at the results,” Kucinich said. “So I would say that, yes, we shouldn’t have a religious test for entry into the country, but, no, President Obama this direction you took us in in Libya and in Syria there is a lot of questions about that.