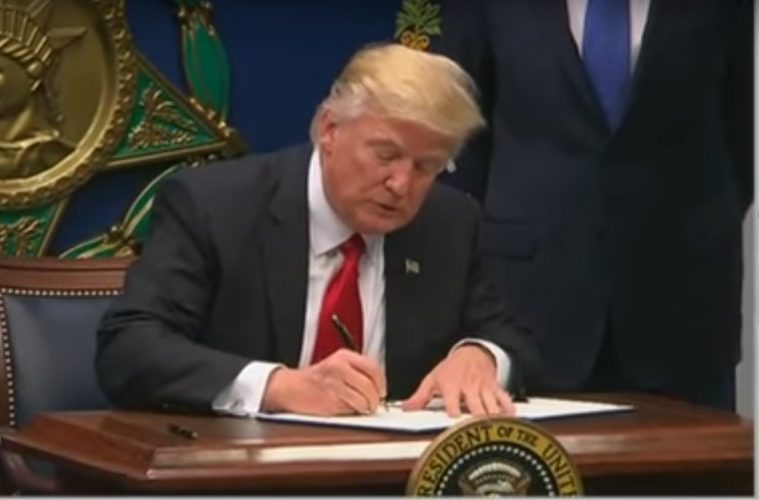 Every president has used executive orders to get some of the things done they want without having to wade through Congress.

According to Legal Dictionary:

A presidential policy directive that implements or interprets a federal statute, a constitutional provision, or a treaty.

The president’s power to issue executive orders comes from Congress and the U.S. Constitution. Executive orders differ from presidential proclamations, which are used largely for ceremonial and honorary purposes, such as declaring National Newspaper Carrier Appreciation Day.

We’ve all heard about presidential executive orders, but do you know how to legally undo or repeal them?

Perhaps no executive order has created more controversy and protests than President Donald Trump’s order on the temporary refugee and immigration ban. Liberals have blown it all out of proportion and lost sight of the fact that the motive behind Trump’s order is national security. He only issued the order to put a temporary stay on people coming into the country until we can shore up a very faulty vetting system that under Obama, already allowed some terrorists to enter the US and murder Americans.

For those who have their panties in a twist over Trump’s executive order, here are the three legal ways to have it revoked or repealed:

1) By presidential action – often done when one president comes into office and repeals the executive order issued by his predecessor.

2) By congressional action – Congress can modify, repeal or supersede any presidential order by passing a bill stating so. However, like any bill, the President has the right to veto the bill, which would then require a two-thirds vote of both the House and Senate to override the presidential veto. Historically, only about 4% of presidential executive orders have been repealed or modified by Congress.

3) By the courts – federal courts have the power to overturn a presidential executive order if the court deems the order to be unconstitutional or illegal. However, it is rare for a court to take such action. As reported:

“In Howell’s book Power without Persuasion: The Politics of Direct Presidential Action, he attempted to identify every court case that has challenged an executive order between 1945 and 1998. In 83% of them, the courts ruled in favor of the president.”

That does mean that 17% of the time the courts have been involved, the courts ruled against the President and overturned his executive orders.

Lawsuits are already being filed against President Donald Trump’s executive order on the temporary ban on allowing refugees and immigrants into the US. So how will the courts rule? Since Obama appointed many liberals to federal courts around the nation, it’s highly probable that at least one of those liberal judges will try to his or her position to undo and stop Trump’s executive order.

One thing is sure; history is definitely being made.