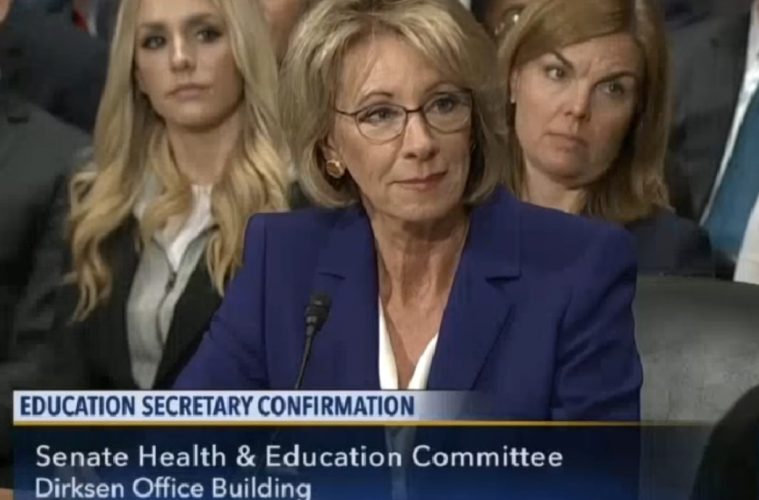 2 GOP Senators to Vote Against DeVos for Education Secretary

President Donald Trump selected a number of very successful business people to make up his Cabinet, believing that the nation should be run like a giant company. One of those selections was Betsy DeVos for Secretary of Education. It’s no surprise that Democrats will vote against all of Trump’s selections, but now 2 GOP Senators are vowing to vote against her confirmation.

Sens. Susan Collins (R-Maine) and Lisa Murkowski (R-Alaska) said Wednesday that they intend to vote against the confirmation of President Trump’s education secretary nominee, Betsy DeVos, giving Democrats two of at least three Republican votes they would need to block her appointment.

Republican leaders said that despite the defections, they are confident DeVos will be confirmed.

“She’ll be confirmed — you can take that to the bank,” said Sen. John Cornyn (R-Tex.), the majority whip.

Both Collins and Murkowski said on the Senate floor that while they appreciate DeVos’s efforts to help at-risk children through advocating for vouchers and charter schools, they are concerned that DeVos lacks the experience needed to serve as education secretary and improve public schools, particularly in rural areas. DeVos has no professional experience in public schools, and she did not attend public schools herself or send her own children to them.