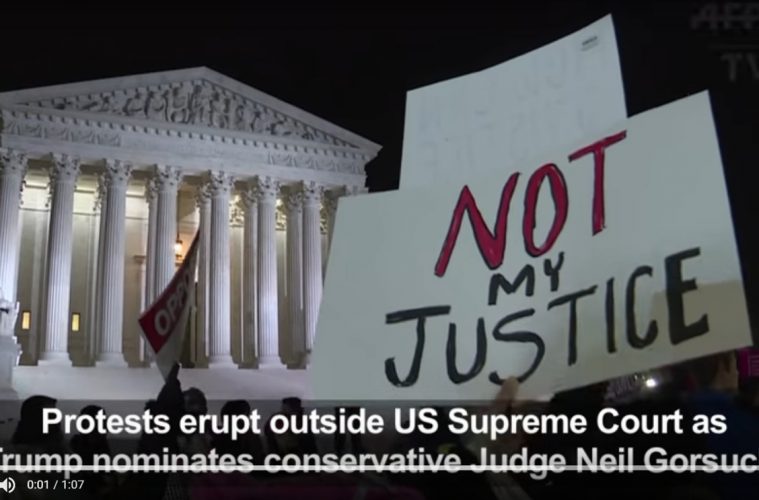 After Republicans refused to consider Barack Obama’s nomination for the Supreme Court last year, Democrats are vowing to fight and block Donald Trump’s nomination of Neil Gorsuch. They have even suggested they may try to use a filibuster to block the confirmation.

Senate Republicans and conservative groups quickly rallied behind President Trump’s nomination of Judge Neil Gorsuch to the Supreme Court, as Democrats focused on lingering anger over another jurist: Merrick Garland.

“I had hoped that President Trump would work in a bipartisan way to pick a mainstream nominee like Merrick Garland and bring the country together,” Sen. Patrick Leahy, D-Vt., a top Democrat on the Judiciary Committee, said in a statement in which he pledged a “thorough and unsparing” confirmation process for Gorsuch.

Democrats’ lingering anger over Senate Majority Leader Mitch McConnell’s decision to block any consideration of President Obama’s nominee to the Supreme Court almost a year ago is critical to understanding why Gorsuch’s nomination is likely to play out as an angry, partisan battle over an otherwise highly regarded jurist.

Another Democrat, Sen. Jeff Merkley of Oregon, had already announced he would filibuster Trump’s nominee before it was made public.