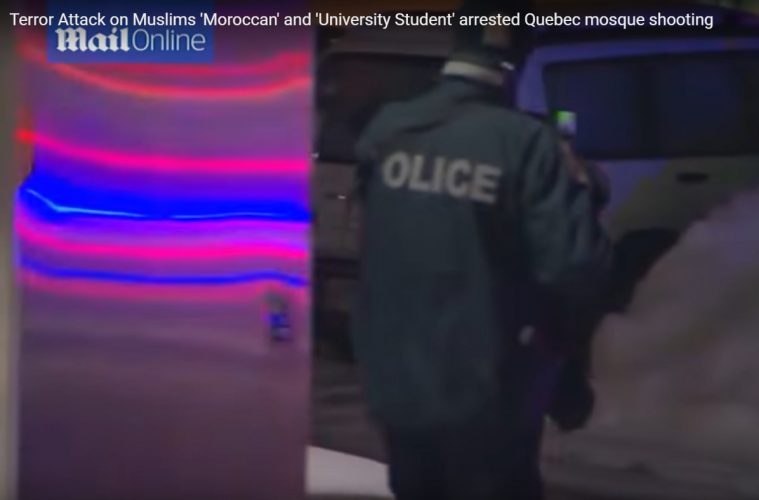 Quebec police located and arrested Alexandre Bissonnette and have charged him with 6 counts of murder stemming from the shooting at a mosque in Quebec City. He was also charged with 5 counts of attempted murder. Canada does not have the death penalty, so if convicted, Bissonnette will likely be sentenced to multiple life terms in prison where he will eventually die.

Alexandre Bissonnette, the alleged gunman who killed six and wounded eight at a Quebec City mosque on Sunday, was charged with six counts of first degree murder and five counts of attempted murder at the Quebec City Courthouse late on Monday afternoon, handcuffed and wearing a white jumpsuit but leaving a country wondering why.

The shooting on Sunday, the first time someone had been killed in a mosque in Canada and, at least recently, a rare event outside the Muslim world, shocked a nation that has prided itself on openness and has been lauded for its welcoming acceptance of Syrian refugees. The shooting, however, underscored a growing anti-Muslim sentiment that has been particular virulent in some parts of this French-speaking corner of the country.

“Canada took in roughly 30,000 Syrian refugees in a three month period —proportionate to the U.S. taking in 225,000 over that time,” said David B. Harris, a lawyer and a director at Insignis Strategic Research Inc., a counterterrorism consultancy. “These are dramatic developments in the life of any nation.”

Mr. Bissonnette was well known to people who monitor far-right groups in Quebec, where he was a frequent commenter on sites speaking about immigration and Islam.