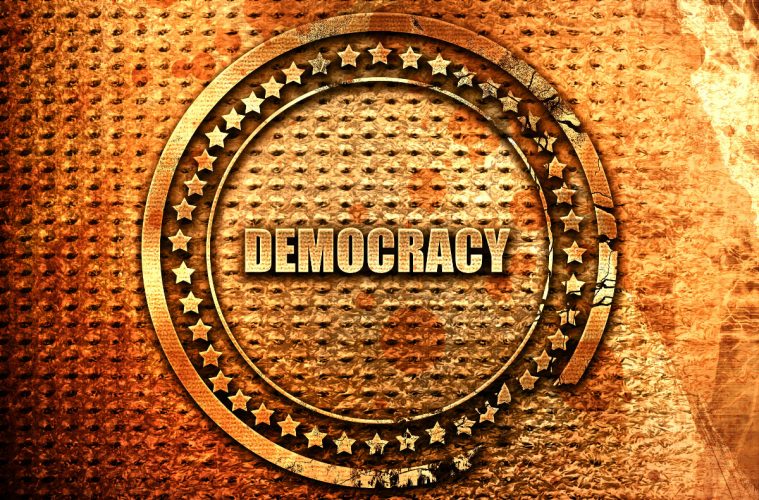 US No Longer ‘Full Democracy’ Thanks to Obama

The Economist Intelligence Unit recently released their latest 2016 report in which they downgraded the United States from a ‘full democracy’ to a ‘flawed democracy.’ They cited a declining trust in the federal government as the reason for their downgrading of the US.

According to the EIU:

“According to the 2016 Democracy Index almost one-half of the world’s countries can be considered to be democracies of some sort, but the number of ‘full democracies’ has declined from 20 in 2015 to 19 in 2016. The US has been downgraded from a ‘full democracy’ to a ‘flawed democracy’ because of a further erosion of trust in government and elected officials there.”

“The ‘democratic recession’ worsened in 2016, when no region experienced an improvement in its average score and almost twice as many countries (72) recorded a decline in their total score as recorded an improvement (38). Eastern Europe experienced the most severe regression. The 2016 Democracy Index report, Revenge of the ‘deplorables’, examines the deep roots of today’s crisis of democracy in the developed world, and looks at how democracy fared in every region.”

“This is the ninth edition of the Democracy Index. It records how global democracy fared in 2016. The title of this year’s report refers to the popular revolt in 2016 against political elites who are perceived by many to be out of touch and failing to represent the interests of ordinary people (‘political elites’ refers primarily to governments, legislatures, state institutions and political parties, though it also encompasses the media, expert bodies and international organisations). It was a revolt that was foretold in recent editions of the Democracy Index, which have focused on the growing disconnect between political elites and the people that is particularly evident in the world’s most mature democracies. The UK’s vote in June 2016 to leave the EU (Brexit) and the election of Donald Trump as US president in November 2016 sent shock waves around the globe. Both were an expression of deep popular dissatisfaction with the status quo and of a hankering for change. A triumph of democracy or a threat to it?”

“This was the question posed by the dramatic political events of 2016.”

Their list breaks down into four major categories with the following statistics:

I found it interesting that The Economist Intelligence Unit is based in the United Kingdom which remained in the top list of ‘full democracies.’ Great Britain not only has their symbolic monarchy that has more political influence than they admit, but their Parliament is composed of two divisions, one voted on the public and the other, House of Lords, is composed of hereditary members and appointed members, including 26 Bishops of the Church of England. How does this qualify as a democracy? It doesn’t.

It’s also interesting that Germany is also listed as a ‘full democracy’ when a growing number of German people are losing faith and respect for their government and many of the policies they are imposing that mirror some of those imposed by Adolf Hitler years ago.

Also note that the downgrading occurred under the watch of Barack Obama!

More importantly, America was NEVER established as a democracy. Our Founding Fathers establish the United States as a republic, which is very different than a democracy. Ironically, the EIU does not have any category for republics, probably because there aren’t any left in the world today.

What’s the difference between a republic and democracy?

A republic is where the people elect representatives who do the bidding of the people who elected them.

A democracy is where the people elect leaders to rule over them, doing the will of the leaders, not the people.

America began as a republic. As sin and liberalism spread, we changed from a republic to a democracy. Under the leadership of Barack Obama, America changed from being a democracy to an ineptocracy, where those individuals elected by the people are too inept to properly run the nation.

As prestigious as The Economist is, they are obviously uninformed and biased on their ratings.