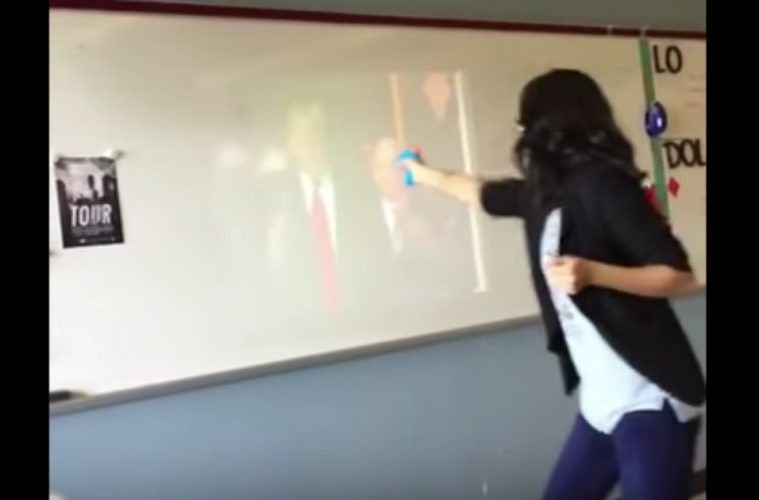 America’s public school system ain’t what it used to be, in more ways than one. In recent days all of the focus has been on the sad (and seemingly ever worsening) decline of America’s public education rankings. But perhaps we should focus just as much attention on the cultural decline within our public schools as we do our academic decline (I would argue that the two are connected). The educators leading our schools are so hopelessly (and sometimes mindlessly) devoted to their liberal masters that they’ve lost their ability to act rationally.

Case in point? A teacher in a Dallas, Texas public school who recently posted a video of herself on Instagram. The video went viral for all the WRONG reasons.

The video was captioned with “Watching the #inauguration in my classroom like…. #no #stop #denial #squirtgun #hypocrisy #powerless #saveusall #teachthembetter #atleastitsfriday”.

It’s unclear if there were students in the classroom at the time and it is also unclear as to who took the video. It was posted by the teacher on her personal Instagram. According to Gateway Pundit, the Secret Service is aware of the video.