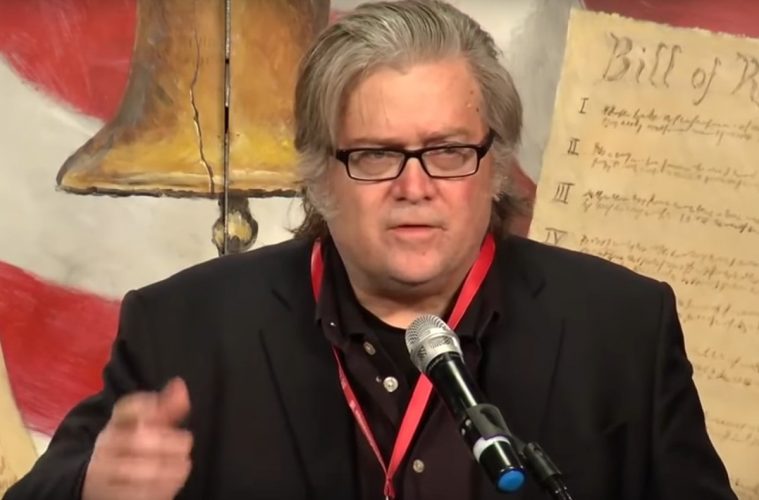 Anyone with a brain will have recognized that the mainstream media has been extremely biased in favor of liberal Democrats, especially Barack Obama. They’ve been proven to have broadcast lies and twisted the truth on so many issues in their unified effort to discredit President Donald Trump. White House Chief Strategist Stephen Bannon took the press to task, telling them to shut up.

Stephen K. Bannon, President Trump’s chief White House strategist, laced into the American press during an interview on Wednesday evening, arguing that news organizations had been “humiliated” by an election outcome few anticipated, and repeatedly describing the media as “the opposition party” of the current administration.

“The media should be embarrassed and humiliated and keep its mouth shut and just listen for a while,” Mr. Bannon said during a telephone call.

“I want you to quote this,” Mr. Bannon added. “The media here is the opposition party. They don’t understand this country. They still do not understand why Donald Trump is the president of the United States.”

The scathing assessment — delivered by one of Mr. Trump’s most trusted and influential advisers, in the first days of his presidency — comes at a moment of high tension between the news media and the administration, with skirmishes over the size of Mr. Trump’s inaugural crowd and the president’s false claims that millions of illegal votes by undocumented immigrants swayed the popular vote against him.