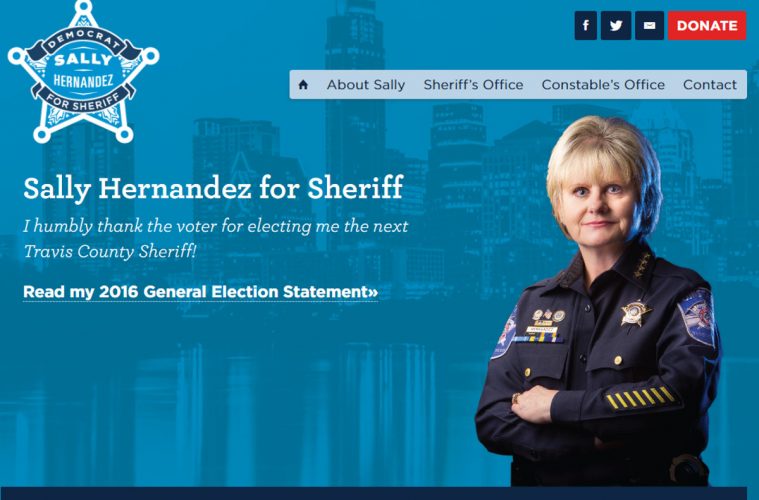 Barack Obama established a precedent for officials to decide for themselves what laws they will and will not enforce or obey. When Obama defied his oath of office and chose to violate the US Constitution, Congress and federal immigration laws, a growing number of liberals determined that they could also choose to defy them also.

One of the ways that liberals are intentionally violating federal immigration laws is to establish sanctuary cities and areas where illegal aliens could remain safe and free from federal deportation. Perhaps one of the most infamous sanctuary cities is San Francisco, where an illegal who should have been in custody or deported shot and killed Kathryn Steinle.

Now, Sally Hernandez, Sheriff of Travis County, Texas has vowed to make the county a sort of sanctuary place for illegals. According to a Fox News report:

“Travis County Sheriff Sally Hernandez announced last week she’s scaling back the amount of aid her department provides federal immigration agents in detaining suspects who might be in the country illegally, according to the Austin American-Statesman.”

“Starting Feb. 1, sheriff’s officials will begin honoring so-called immigration holds or ‘detainers’ placed by federal authorities only when a suspect is booked into the Travis County Jail on charges of capital murder, aggravated sexual assault and ‘continuous smuggling of persons.’”