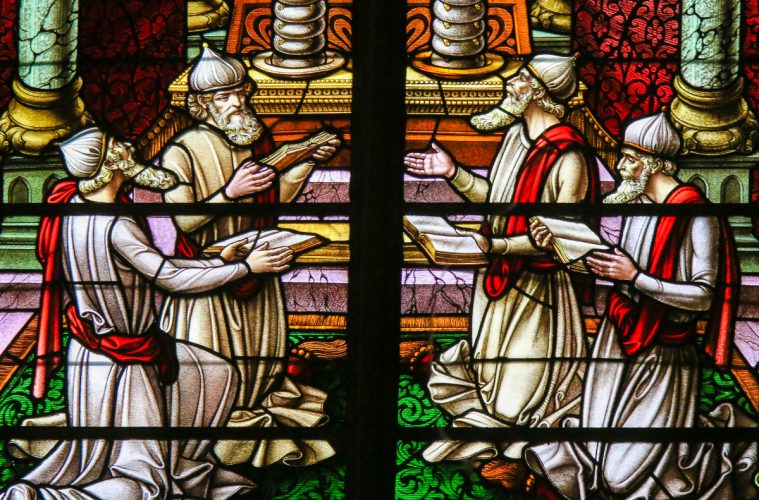 When you listen to Democrats these days, they remind me of the Pharisees during the time of Jesus Christ.

Step back in time to 2000 years ago in Israel. For centuries, the Jewish people had been led by a select group of individuals known as Pharisees. They were trained and schooled and taught the Old Testament, especially the Law as handed down to Moses. The people treated the Pharisees as if they were the very emissaries and representatives of God. Their word was law. The people turned to the Pharisees for their only real source of absolute truth. There was no questioning them on anything. They were holy in their own right and everyone treated them such.

However, Jewish tradition believed that God also gave Moses a verbal law that was never written down. The Pharisees were taught these traditional laws and since they were power hungry and greedy men who loved the lime-light and power, they added their own pieces to the traditional verbal law.

If one didn’t know better, they would think that the Pharisees had a direct connection to God, so they were treated by the people almost as if they were God. Whatever a Pharisee would say, the people would do. No one questioned them, their wisdom or what they said. Their word was taken on an equal basis as Scripture.

Today’s Democrats remind me of the Pharisees of old. They too believe that their word is the ultimate word, the ultimate truth, when much of it is nothing more than tradition or interjections from other sinful people. Like the Pharisees of old, many of today’s Democrats are arrogant, boastful, proud, like having preferential treatment because of who they are and they firmly believe that no one has the right to question or contradict them.

Today, Democrats are America’s equivalent of the Pharisees of old. Today’s Democrats react the same way to anyone who questions them or contradicts the lies they are spreading to the people. The first thing they do is try to discredit them. They dig up whatever dirt they can and if that doesn’t work or there isn’t any dirt to dig up, they fabricate it. They’ll tell whatever lie they can in hopes the person or persons who dared speak out against them will hide in fear and embarrassment. When that fails, the attacks get more personal and even deadly.

In Matthew 23, Jesus condemns the Pharisees a number of times, saying:

“But woe to you, scribes and Pharisees, hypocrites!”

The same applies to today’s Democrats.

However, the truth cannot be silenced forever and eventually it will prevail. Today’s Pharisees, known as Democrats will eventually succumb to the real truth. I was recently reminded of this when singing the Hymn, A Mighty Fortress is Our God, with the following lines:

“And though this world, with devils filled,

Should threaten to undo us,

We will not fear, for God hath willed,

His truth to triumph through us.

The Prince of Darkness grim,

We tremble not for him;

His rage we can endure,

For lot his doom is sure,

One little word shall fell him.

That word above all earthly powers,

No thanks to them, abideth;

The Spirit and the gifts are ours

Through Him who with us sideth:

The body they may kill,

His Kingdom is forever.