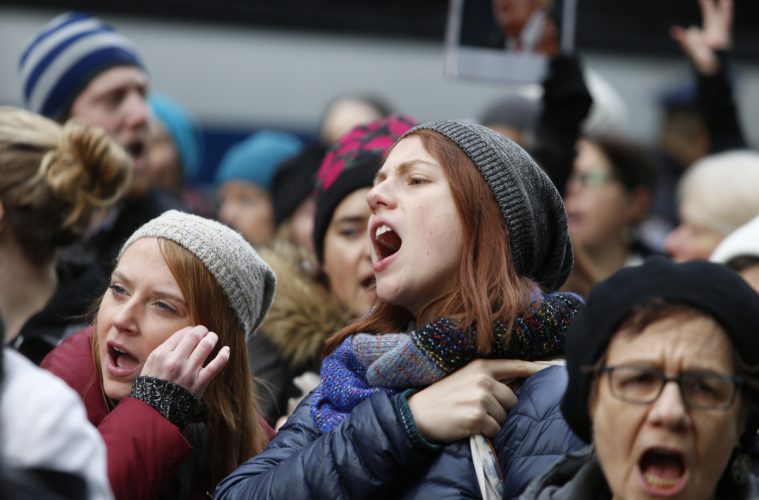 Thousands of women are planning to march on Washington DC today in protest of President Trump. It’s ironic that they supported Hillary Clinton whose husband Bill, when president, did far worse in his sexual treatment of women. It shows that the reason behind their protest has nothing to do with Trump’s sexist statements but has everything to do with him not being a liberal Democrat.

The Women’s March on Washington, described as a “counterprogramming to the Inauguration,” is developing into a formidable social movement with both local and global roots. Every day, thousands of marchers have expressed their enthusiasm in social media posts describing the protest signs they plan to carry and “pussy hats” they will wear.

While the march is distinctly modern in its use of social media as a means of mobilization, connection and bonding, there are also echoes of the first wave of feminism that speak to the historic nature of the uprising. For example, a contingent of proud women’s college graduates plan to march together wearing sashes in tribute to the suffragettes as just one such nod to feminist history.

In addition to the quarter-million women and men prepared to descend on the nation’s capital, there are also hundreds of “sister marches” planned in 370 cities across the country and the world to coincide with the main Women’s March on Washington.