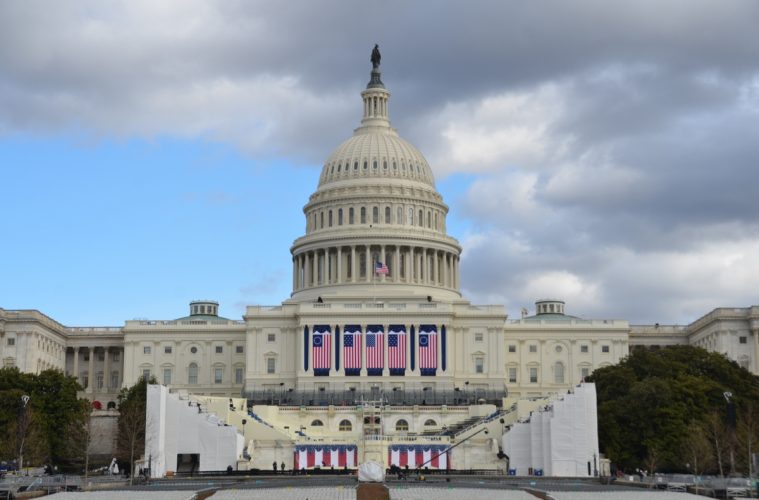 Yesterday I watched the inauguration of Vice President Mike Pence and President Donald Trump. At the age of 65, this is the very first inauguration I have watched or had the desire to watch.

Why now? What made this inauguration different from the others over the years?

The last non-politician to be sworn in as President of the United States was Dwight Eisenhower on January 20, 1953. I was on only 1 year and one month old at the time. Since Eisenhower, every president has been a politician, including actor Ronald Reagan and peanut farmer Jimmy Carter.

Changing leadership from one politician to another never seemed to be something that I really cared about as it usually meant no real change in the political machinery that ran the country.

Oh, sure, some of the policies would change, but for the most part, Washington politics continued to grind in the same old partisan fashion, often putting the pet projects of those in Washington over the will and need of the American people.

When Bill Clinton was elected president, I was greatly dismayed as I saw him putting America closer to being a socialist nation. There was more hope under both Bush presidencies, but they were still politicians and operated with political motivation.

Let’s face it, an Obama presidency scared the dickens out of me. I swore it would be the end of America. I still believe had Obama been given 4 more years, it may well have been the end of America. He did more to weaken and destroy the America I grew up in than every liberal progressive and socialistic president in history. It grieved my heart to see how flagrantly Obama defied the Constitution, federal law, Congress and the American people. Many of Obama’s policies strengthened foreigners and enemies of our nation far more than they strengthened American citizens. Obama gave more benefits to illegal aliens and minority groups like the LGBT community than he gave the normal and majority of American citizens. Obama made America a joke to other nations. He made us weak to our enemies while alienating our allies.

Obama’s claim to fame is forcing a national socialist healthcare system on the American people. The Affordable Care Act has proven to be very unaffordable to millions of Americans. It put many people out of work and cut the income by at least 25% for many more. Millions of Americans like myself were forced to choose between paying many hundreds of dollars a month for a healthcare plan that was pathetic or pay penalties to the government in the form of taxes. It forced many Christians to violate their faith or face unreasonable penalties.

His other claim to fame included destroying marriage and traditional family values. He also empowered black activists that resulted in the further division of America. He fueled the fires of racial hatred instead of trying to heal the nation. He also increased the national debt more than anyone before him.

With the election of Donald Trump, I saw hope for America for the first time in years. It was the fact that he was not a politician that gave me hope. Donald Trump is a successful businessman who knows how to operate a business on a budget and that’s what America so desperately needs. I saw a man who promised to protect America and the American people first, before protecting other nations and their people. I saw a man who knows how to do what America needs and who has not yet been corrupted by the Washington DC political machine. I saw hope that things would actually improve life for all Americans and this gave me hope for our nation for the first time in years.

For the first time in 8 years I’m actually proud to be an American. As soon as I saw Trump sworn in and heard his address to the nation, I immediately went out and proudly raised my American flag.

That’s why I watched my first presidential inauguration.